When Robert’s parents took him to Dr. Cartwright’s office for his 6-month well-baby check, the nurses measured his length, weight, and head circumference to plot on the growth charts. While his length and head circumferences were within normal range (both approximately 50th percentile), Robert’s weight was above the 97th percentile; his weight-for-length was well above the 95th percentile. His parents stated that he had been doing well, tolerating breast milk and vitamin D supplementation, and meeting all developmental milestones. When Dr. Cartwright evaluated the measurements obtained at the 4-month visit, it became apparent that Robert was at the 90th percentile with regard to weight-for-length. The doctor told Robert’s parents, “According to our growth charts, Robert is overweight. We should make some efforts to determine how to reduce the number of calories he consumes on a daily basis.” His mother responded, “Actually, Doctor, we know he’s obese by medical standards. We just sought to add him to our medical insurance, and he was denied coverage after we submitted his weight measurements. I think all of this is a little absurd. He’s just a happy, healthy baby. However, I am concerned that he’s being denied insurance at such an early age with no other health problems. Is there anything that you can do to help?”

There are three primary matters to be considered in this case: the baby’s health, the ethical status of the insurance company’s denial of coverage, and the physician’s role in mediating that denial.

Should We Be Concerned About Obesity in Such a Young Patient?

Although longitudinal data indicate that the risk for persistent overweight is much lower in a young child than in an adolescent, there are a number of reasons to be concerned when an infant’s weight gain is excessive. Rapid weight gain in the first 6 months of life has been associated with higher body mass index (BMI) in early childhood [1-3]; this has been observed for both formula-fed and breastfed infants [4]. Further, infants who are overweight at the end of the first year are more likely to remain overweight at the end of the second and third years [5]. Finally, while breastfeeding is at least modestly protective against later obesity, genetics and environmental factors can certainly override this effect. A critical consideration in assessing the risk of any infant’s or young child’s weight is the parents’ (especially the mother’s) weight and health status. If one or both parents is obese, the risk for persistence of the infant’s overweight status is greatly increased [6]. If not, an “overweight” breastfed infant at 6 months of age has a very good chance of progressing to normal weight status as he or she begins to wean, eat a diversified diet, and walk.

Several aspects of infant growth and anticipatory guidance are illustrated by this case and warrant comment. First, for infants and toddlers under 2 years of age, “obese” is not accepted terminology. Rather, weight-for-length (weight relative to length, rather than absolute weight or weight-for-age) above the 95th percentile is termed “overweight.” Moreover, judgment about risk of a pre-existing condition at 6 months of age, particularly with the overall protective effect of breastfeeding, is premature.

Once a weight pattern of concern is identified in a 6-month-old, what is the appropriate response? The case refers to a need to “reduce calories.” A preferable approach would be to review feeding and activity patterns and to provide anticipatory guidance related to age-appropriate practices. As complementary foods are (appropriately) introduced at this time, it is a relevant opportunity to encourage nutrient-rich foods and avoidance of excessive juice- or sugar-sweetened drinks, commercial infant desserts, candies, and snacks of little nutritional value. Responsive feeding—watching and responding to the infant’s hunger and satiety cues—should be encouraged, and feeding as a way of pacifying should be discouraged. From 6 months onward, the infant’s feeding schedule will become progressively more integrated with that of the rest of the family; continuous access to snacks and non-milk liquids should be avoided. It is also important to assess the opportunities for gross motor development, or physical activity, even in early infancy, inasmuch as television viewing, excessive car-seat or stroller time, and inadequate “tummy time” are frequently seen in infants and toddlers [7]. Age-appropriate physical activity should be encouraged, with plenty of time for active exploration and movement.

Is It Ethical for an Insurance Company to Deny Patients Coverage Based on Their Weight?

While denial of insurance for “pre-existing conditions” is controversial for individuals of any age, denying coverage for an infant is particularly difficult to justify. The health risks associated with obesity, for both children and adults, are well known. The risks for development of comorbidities associated with obesity, however, are not equal for all individuals or at all times. This case seems to be a prime example of the adage “children are not little adults.” For many reasons, it is a gross oversimplification to deny insurance to a 6-month-old on the basis of “obesity.” First, this infant, having been exclusively breastfed for 6 months, was fed according to recommendations from virtually all professional health organizations, from the American Academy of Pediatrics to the World Health Organization. These recommendations are based on the recognition that human milk provides numerous short- and long-term benefits to the infant, including a protective effect against later obesity that has been consistently reported. Second, an infant’s risk for persisting obesity is strongly related to his or her parents’ weight status [6]. For children less than 3 years of age, maternal weight has been found to be a stronger predictor of later obesity than the infant’s or child’s weight [6]. Thus, to assess risk for the infant described above, the parents’ (especially the mother’s) weight status would be a more appropriate indicator of the infant’s long-term prognosis. The final irony of this case is the fact that, compared to formula-fed infants, breastfed infants are demonstrably healthier and require fewer health care expenditures [8, 9]. If the insurance company’s action was an effort to reduce its risk burden, the decision to deny coverage to a young breastfed infant demonstrates a remarkably misguided and ill-informed choice.

Does the Physician Have an Ethical Responsibility to Advocate for This Patient?

Whether one views health insurance as a right for all people or a privilege is currently a politically charged question as the U.S. addresses health care reform. I believe that a country with a standard of living among the very highest in the world is not only obligated to direct its considerable resources to universal health care but would be acting prudently if it did so. From an economic standpoint, children who are uninsured incur significantly higher medical costs and thus increase the demand for cost-shifting to cover such expenses. For example, uninsured children and those without medical homes have been reported to receive more care in emergency rooms and have more hospitalizations, higher morbidity and mortality rates, and lower immunization rates [10]. Thus, philosophical differences aside, assuring health insurance coverage for children makes economic sense. The age of the infant described above is a time in the life cycle when preventive care is especially critical, and when opportunities for health promotion are myriad. Physicians already are frequently asked to appeal denials for coverage for particular aspects of recommended care. Such efforts require physician (and support staff) time but are undertaken because of the perceived value to the patient’s care and well-being. In the case presented above, the physician would have an exceptionally good reason to advocate for coverage, be it on an ethical or practical basis.

In summary, rather than viewing the infant in this scenario as high-risk, the pediatrician should take the opportunity to recognize the outstanding commitment to health the family has already demonstrated by feeding their infant according to “best practices” recommendations. Rather than cutting them off from coverage, the insurance carrier should leap at the opportunity to carry an individual who has been given the optimal start in life that is likely to reduce risk, not increase it. The pediatrician must be knowledgeable about assessment of normal infant growth and the critical importance of optimal nutrition and feeding at this stage of development. Physicians must also be on the alert for policy decisions that adversely and inappropriately impact children’s access to medical care. 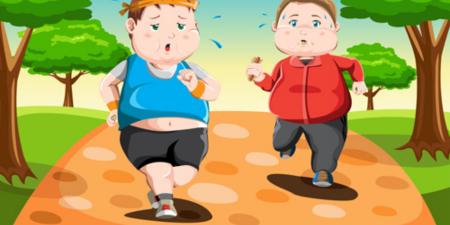 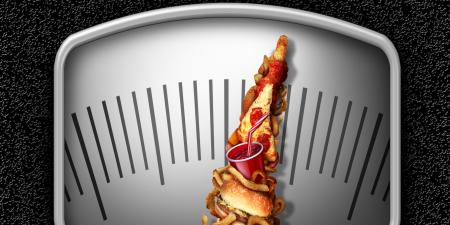 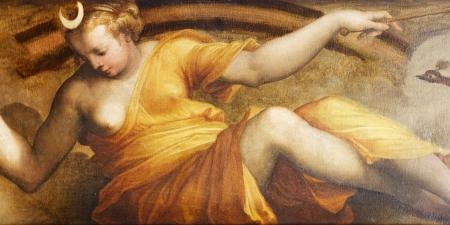