With the birth of genetically engineered twins in November 2018, international debate about human genome editing governance has moved from an emphasis on mutual engagement among multiple stakeholders to a self-regulatory model enacted through high-level expert groups with little or no public input. This article reconstructs this paradigm shift and suggests that inclusive public deliberation should still have a role in public decision making about genome editing.

In 2015, the first attempt to use CRISPR/Cas9—the newest and most efficient genetic engineering technique1—to modify human embryos2 gave rise to intense ethical debate. In response to this experiment, the US National Academies of Sciences, Engineering, and Medicine (NASEM), along with the Royal Society and the Chinese Academy of Sciences, convened the International Summit on Human Gene Editing in Washington, DC, in December 2015.3 This summit, while attended mostly by scientists, also included ethicists, social scientists, and patient advocates from around the globe. On November 25, 2018, the announcement of the births of twin girls in China carrying a CRISPR-modified version of the CCR5 gene4 (intended to improve resistance to HIV infection) marked a turning point in debate about genome editing governance. Emphasis on interdisciplinary dialogue and stakeholder engagement started to wane as high-level expert groups were set up in an effort to tame unethical uses of genome editing.

The international summit of December 2015 was an initial attempt to keep the discussion about human genome editing thematically broad and open to input from a variety of stakeholders. Such an inclusive stance had been advanced by many and its need was widely recognized. For instance, in a perspective in Science, David Baltimore and colleagues recommended creating interdisciplinary forums of scientists and bioethicists to inform the public about gene editing. They encouraged forming “a globally representative group of developers and users of genome engineering technology and experts in genetics, law, and bioethics, as well as members of the scientific community, the public, and relevant government agencies and interest groups” to consider technical and ethical questions about genome editing and to recommend policies.5 Others, including Sheila Jasanoff and colleagues, criticized this model because, despite its proclaimed openness, it nonetheless reproduced an expert-centric, technocratic form of discussion and decision making about matters of common concern.6

Only inclusive deliberation can confer democratic legitimacy on decisions that can affect the future of humanity.

In 2017, a NASEM report titled Human Genome Editing: Science, Ethics, and Governance7 seemed to acknowledge this criticism and included a set of recommendations regarding public engagement in genome editing governance. In particular, the report suggested “extensive and inclusive public participation” before launching clinical trials that have an enhancement rather than a therapeutic aim (for example, a clinical trial testing an intervention to confer resistance to an infectious disease or to improve a specific phenotypic trait) or studies that would result in heritable germline modifications. The report also recommended public participation in policymaking about human genome editing and encouraged funding agencies to support additional research on effective forms of public engagement. These recommendations resonate with Jasanoff’s view that “good governance depends on visions of progress that are collectively defined, drawing on the full richness of the democratic imagination.”6

From Open Dialogue to Self-Regulation

After the births of 2 so-called CRISPR babies in November 2018, debate about gene editing governance changed. A prominent group of scientists and bioethicists called for a temporary global moratorium on heritable genome editing to allow time to develop an international governance framework and to foster discussion about ethical and technical questions.8 The NASEM and the Royal Society formed an International Commission on the Clinical Use of Human Germline Genome Editing.9 In March 2019, the World Health Organization also established an international expert panel to develop governance standards.10

A post-2018 trend toward delegating deliberative responsibility to expert groups, while laudable in its intention to tame rogue clinical uses of genome editing, marks a departure from ideals—albeit never actually realized—of openness, inclusion, and public engagement that were proposed prior to 2018. Such ideals are now presented abstractly as a need for “broad societal consensus” before nations authorize ethically controversial uses of genome editing techniques.8

Self-Regulation Is Not Enough After 2018

Increasing reliance on expert groups suggests trust in science’s self-regulatory capacity, even in the absence of input and support from other sectors of society. Self-regulation, however, might not be up to the tasks of a thematically broad governance agenda. At the 1975 Asilomar Conference on recombinant DNA technology, for instance, experts offered only a narrow understanding of technical risks and ethical stakes of genetic engineering by focusing on safety and harm containment, while sidelining fundamental ethical questions about humanity’s capacity to collectively bear responsibility for the use of transformative technologies.11 What is more, stressing scientific and social consensus as a condition of legitimate use of genome editing can be misleading. The fact that people agree on a given course of action does not imply that their agreement is ethically right. History is rife with examples of unethical attitudes—such as racial discrimination—held by a majority. This is one reason why liberal democracies should ensure that dissent and disagreement can emerge anytime to challenge previously attained consensus. The value of including a plurality of views in democratic deliberation about controversial science is that it enables dissent and provides opportunities to frame what’s at stake. Expert committees can succeed in coordinating temporary solutions that avoid premature research or clinical applications. However, only inclusive deliberation can confer democratic legitimacy on decisions that can affect the future of humanity.

Regulation and oversight are exercised not only through expert committees, but also—and mainly—through national law making. Each country relies on its own historically determined forms of public reason when it comes to controversial science policy decisions.12 Yet some general considerations transcending national context deserve mention.

Input from rich, inclusive, unmanipulated public discourse is crucial to decisions being regarded publicly as legitimate and binding, especially when ethically controversial questions, such as those posed by genome editing, are at stake. But how should we imagine and create productive forms of civic engagement in complex issues of science and technology policy? Collective governance of scientific and technological matters, in its various forms, has long been tested—albeit more consistently in Europe and Canada than in the United States.13 Methods of participatory technology assessment, for instance, include focus groups, citizens’ juries, and deliberative panels, all of which are aimed at integrating public insight into governance and decision-making processes.13,14 These methods have contributed to socially acceptable solutions in areas such as biotechnology, environmental policy, and urban planning—that is, in areas in which technological development increases the complexity and uncertainty of future consequences and in which technical issues can hardly be disentangled from judgments of value and socially situated interests. The aim of such approaches is not to bring controversies to a close through compromise or consensus, but rather to explore different definitions of a problem, to call attention to specific ethical issues, and to voice otherwise marginalized perspectives.

In order to be effective, public engagement needs to be linked somehow—even if informally—to decision-making processes. France offers one model of this kind of effort. Every 5 years, or whenever amendments are proposed to the Bioethics Law of 1994, which regulates ethically relevant science and technology issues,15 France engages in the so-called Estates General of Bioethics. Hundreds of activities are organized throughout the country to solicit public views about ethically fraught issues in science and technology. The Comité Consultatif National d’Ethique (National Consultative Committee on Ethics) then produces a report to summarize results of public consultations, and it recommends, when needed, legislation to address public concerns. This report is sent directly to the French Parliamentary Office for Scientific and Technological Assessment and is submitted for parliamentary discussion and possible legislative initiative. This model ensures that regulatory provisions about controversial and constantly evolving technologies remain provisional, subject to public scrutiny, amenable to adaptation, and responsive to citizens’ concerns. This system is not a magic bullet, but it addresses concerns about how rapidly evolving and ethically puzzling technologies, such as human genome editing, should be governed.

Collective governance helps respond to increasing demand for public engagement16 and decision making about issues of importance to the future of humanity. It can be leveraged as an antidote to public opinion manipulation and can possibly deflate some of the current anti-establishment rhetoric that, in many Western countries, pits experts and lay citizens against one other.17,18 If scientists and members of the public remain open to different articulations of genome editing’s ethical stakes, transparent and inclusive forums can help both scientists and citizens subject their assumptions to scrutiny and revision when needed. Public engagement in genome editing governance would not just promote scientific or social consensus. It would offer opportunities for inclusive dialogue about the impact of genome editing, voice collective expectations or fears about it, and illuminate a plurality of values that can be used to interrogate its possible use.

What Should We Learn From Early Hemodialysis Allocation About How We Should Be Using ECMO? 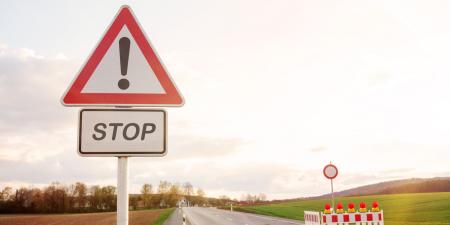 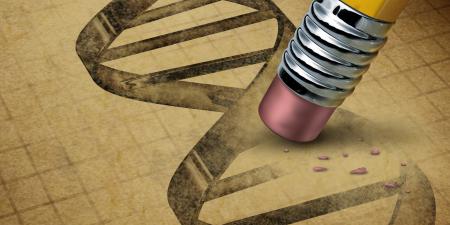 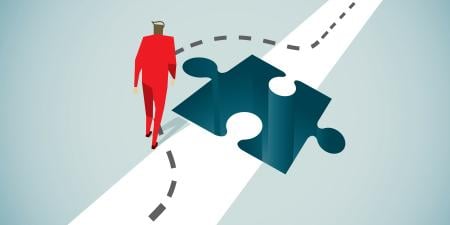 How Should Gene Editing Be Managed by Risk Managers?