Dr. Foster, an emergency room physician in a busy urban hospital, was called in late one Friday night to evaluate Thomas, a teenager who had been involved in a violent altercation. The young man had been brought in by his mother, and refused to divulge anything about what caused his injuries. Once in the examination room, Dr. Foster could see that Thomas wore colors, clothing, and paraphernalia clearly associated with gang members who had been treated in the emergency room. Past interactions with police officers confirmed that the gang was associated with gun and drug violence.

Upon evaluation, Thomas's injuries appeared to be both minor and superficial-he had a variety of bruises, lacerations, cuts, and scrapes-but no evident signs of significant trauma. A neurological exam revealed no focal findings, and all cranial nerves were intact. Thomas had full range of motion in all four extremities. There was no indication of internal organ damage, and, though Thomas sported quite a remarkable black eye, he had no signs of altered consciousness or physical signs consistent with concussion or intracranial hemorrhage.

Dr. Foster presumed that Thomas had most likely been involved in some sort of late-night gang fight, which was consistent with the young man's reticence in answering questions related to the incident itself, though he had been grudgingly cooperative with the physical exam. For the sake of completeness, Dr. Foster ordered a CT scan to rule out any possible head trauma. He also called for blood work and a urine drug screen, to which neither Thomas nor his mother objected.

While Thomas was upstairs for the CT scan, Dr. Foster spoke with his mother who was clearly distraught. She expressed her helplessness in controlling Thomas's behavior and said she was certain that he had been drawn into a group of bad kids. She said he was almost never home, skipped school on a regular basis, and spent all of his time hanging out with friends whom she did not know. This was not the first time that Thomas had been in a fight, she was sure. She begged Dr. Foster to get her son some help.

Dr. Foster was familiar with local gang-intervention and social programs in the area that had been remarkably effective in improving the outlook and welfare of patients. He was also aware of various applicable laws for mandatory physician reporting of criminal activity and child abuse and neglect, although he was not entirely clear on the details. A report of injury from violence triggered involvement of the gang-intervention programs.

Dr. Foster knew the professional principles regarding patient confidentiality and that, in the absence of suspicion of criminal activity or child abuse and neglect, he had a duty to maintain the confidentiality of patient information. The reporting threshold had not yet been met in his estimation. Although intervention would probably be of great benefit to Thomas, the lack of confirmed history prevented formation of a reasonable index of suspicion, and he would, in effect, be "gaming the system," albeit ostensibly in the best interests of his patient, if he reported that Thomas's injuries had resulted from acts of violence.

Once Thomas returned from the CT scan, Dr. Foster spoke to him again, determined to gain the information necessary to confirm a course of action.

"I need you to tell me exactly what happened tonight," he said sternly. "I believe it is likely that you have been the victim of violence, and, if so, I am obligated to report this to the police, who will take appropriate further steps." This was not entirely true, Dr. Foster thought, but it would get Thomas the help he needed.

At this, Thomas seemed to be struggling not to cry. "Please don't say anything to anyone," he begged. "I'm not supposed to talk about what happened."

There are more than 100 million emergency department (ED) visits annually in the United States of which at least 3 million are the result of violence [1]. One study in an urban pediatric emergency department found that nearly half of all visits were for injury, and half of those were the result of violent acts [2]. In 2005, more than 5,000 youth ages 15 to 24 were victims of homicide, making it the second leading cause of death of all youth in this age group regardless of race and the leading cause of death for African American males in this age group [3]. Studies show that adolescents at highest risk for youth violence (minorities and those of a lower socioeconomic status) use the ED as their primary access to the health care system due to lack of a primary care physician and routine health care, limited insurance coverage, and convenience [4, 5]. Tellingly, adolescents who seek treatment at urban EDs are more likely to die from violence than from any other illness or condition for which they seek care in the ED [6, 7].

While these youth are at high risk for injury, studies show that a majority of them are treated and released without receiving counseling or information regarding injury prevention and never have access to resources that are usually readily available on inpatient trauma units. Youth exposed to violence have a substantially higher risk for retaliatory injury than those never exposed to it. So it is no surprise that adolescents once treated for violent injuries have readmission rates for later injuries that are the result of assault [8-10]. Thomas falls within this group; he should be appropriately screened for risk of retaliatory violence and re-injury, provided with counseling and referrals at discharge, and linked to resources that can help prevent future violence.

To address this problem, physicians should incorporate violence-prevention strategies into adolescent medical practice. Many ED physicians deal with rising volumes, extended wait times, and an overwhelmed system, making it seem impossible and impractical to add accurate violence assessment or brief intervention. It is important to note, though, that as emergency medicine and trauma physicians, we are trained to evaluate the safety-discharge plan of a woman with a black eye and an inconsistent story or to report a suspicious injury in a young child to Child Protective Services. The Joint Commission on Accreditation of Healthcare Organizations requires health care professionals in this setting to screen for domestic violence and suicide [11]. Therefore, it's easy to hypothesize that these same models and principles can be applied to youth-violence prevention.

Patients must be made to feel safe and know their answers will not be used against them. Questions should be asked in a straightforward and nonjudgmental manner. To preserve confidentiality, questioning should take place in private and without parents or visitors in the room. Health care professionals conducting the interview must assure patients that it is policy that all information is just between you, me, and the medical team here at the hospital unless they plan on hurting themselves, another person, or want protection from someone else who plans to hurt them. Physicians operate under the duty-to-warn policy which states that if a violent patient communicates intent to harm a potential victim, the physician should notify both law-enforcement officials and the intended victim [12].

There are several screening and assessment tools to assist in identifying youth at risk for violence; none, however, has been validated specifically for an ED population. A screening tool used at Children's Hospital of Pennsylvania assesses the degree of safety on all injured patients using the following questions.

There is also the FiGHTS screen, derived from a national school-based sample and used to identify adolescents attending school who are at risk for carrying firearms. One point is assigned for each positive response on the five items listed below and a score of two or more is considered positive for carrying firearms.

The screen has a sensitivity of 82 percent, a specificity of 71 percent in a school setting [13].

Key questions when obtaining an accurate history in patients at risk for future violence include school delinquency or attendance, involvement in fighting in the past year, and drug use [14]. From Thomas's case, it is safe to assume that, after completing the Children's Hospital of Pennsylvania screening tool, he will be found to be at risk for future violence. During the interview, a thorough social history should be obtained, with attention to school performance and attendance, substance use, and illicit weapon carriage [15].

The goal of screening is to assist Thomas in preventing further violence. Research has shown that prevention strategies which use scare tactics such as gun buy-backs, boot camp, and tours of the trauma bay are ineffective. More effective prevention strategies focus on positive youth development, mentoring, and home visiting [16-19]. Two studies showed success in using a case-management approach to link young victims of violence with needed services [20, 21]. Since these resources differ from community to community, physicians should be aware of what is available in their own practice settings.

Initiating the intervention from the ED is probably the best way to identify high-risk youth and obtain information for adequate follow-up. Current strategies include using existing or additionally funded social workers, trained peer volunteers (as is done for many victims of domestic violence), and other resources such as computer- or web-based technology that require fewer personnel. Staff involved in youth-violence prevention strategies should be familiar with neighborhood characteristics including demographics, crime rates, and gang activities to understand the environment in which the injured adolescent will return. Many of these adolescents live in neighborhoods riddled with unemployment, drug use, easy access to weapons, and poor academic performance. There is no one-size-fits-all approach that works, and recognizing certain hurdles in specific neighborhoods and environments is essential to develop prevention strategies. For instance, one patient in a neighborhood with prevalent gang violence may have a stable family support system, while another in the same neighborhood may not, rendering parental involvement futile. A study conducted in an inner-city emergency department showed that referring youth to a violence-prevention web site after an ED visit provided an inexpensive way to ensure that youth receive accurate health information and neighborhood resources [22].

After taking care of the medical aspects of Thomas's injury, Dr. Foster should educate him to decrease future risk for repeat injury. As stated previously, a good history is key, and making Thomas feel comfortable in a nonthreatening atmosphere by using nonjudgmental words is important in convincing him to talk honestly about his circumstances. Involving social work will be helpful, and referral to neighborhood resources (gang-prevention or substance-use referrals if appropriate) is also essential. In many states, referral to mental health programs and substance-use resources can occur without parental approval or knowledge. Physicians should be aware of the reporting guidelines within their state; usually, however, the decision for mandatory reporting hinges on intent for harm to self or others. With these actions, Dr. Foster can make a huge impact on Thomas's life, lessen his chances for another ED visit for repeated violence, and decrease his chances of retaliatory violence and carrying and using a weapon. While Thomas will most likely heal from the physical injury after a few days, the message he receives from the prevention efforts has the potential to be life lasting. 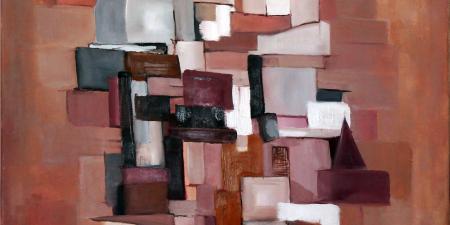 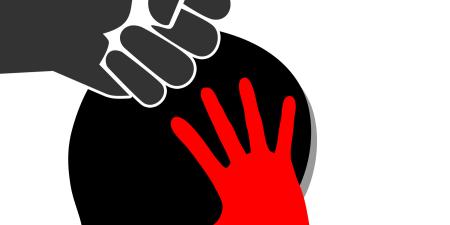 Against the Mandatory Reporting of Intimate Partner Violence