Violence is now clearly recognized as a public health problem, but just 30 years ago the words “violence” and “health” were rarely used in the same sentence. Several important trends contributed to a growing recognition and acceptance that violence could be addressed from a public health perspective. First, as the United States became more successful in preventing and treating many infectious diseases, homicide and suicide rose in the rankings of causes of death. Tuberculosis and pneumonia were the two leading causes of death at the turn of the 20th century. By mid-century, the incidence and mortality from these infectious diseases along with others such as yellow fever, typhus, poliomyelitis, diphtheria, and pertussis were dramatically reduced through public health measures such as sanitary control of the environment, isolation of contagious disease cases, immunization, and the application of new therapeutic and medical techniques. Since 1965, homicide and suicide have consistently been among the top 15 leading causes of death in the United States [1, 2].

There are other reasons why violence became a greater focus for public health. The risk of homicide and suicide reached epidemic proportions during the 1980s among specific segments of the population including youth and members of minority groups. Suicide rates among adolescents and young adults 15 to 24 years of age almost tripled between 1950 and 1990 [3]. Similarly, from 1985 to 1991 homicide rates among 15- to 19-year-old males increased 154 percent, a dramatic departure from rates of the previous 20 years for this age group [4]. This increase was particularly acute among young African American males. These trends raised concerns and provoked calls for new solutions.

Another important development was the increasing acceptance within the public health community of the importance of behavioral factors in the etiology and prevention of disease. It is now generally accepted that prevention of three of the leading causes of death in the United States—heart disease, cancer, and stroke—rests largely on behavioral modifications such as exercise, changes in diet, and smoking cessation. Successes in these areas encouraged public health professionals to believe that they could accomplish the same for behavioral challenges underlying interpersonal violence and suicidal behavior. Finally, the emergence of child maltreatment and intimate partner violence as recognized social problems in the 1960s and 1970s demonstrated the need to move beyond sole reliance on the criminal-justice sector in solving these problems.

These trends and developments led to the publication of several landmark reports that highlighted the public health significance of violence. In 1979, the Surgeon General's Report, "Healthy People,” documented the dramatic gains made in the health of the American people during the previous century and identified 15 priority areas in which, with appropriate action, further gains could be expected over the course of the next decade [5]. Among the 15 was control of stress and violent behavior. This report emphasized that the health community could not ignore the consequences of violent behavior in an effort to improve the health of children, adolescents, and young adults. The goals for violence prevention established in this report were translated into measurable objectives in “Promoting Health/Preventing Disease: Objectives for the Nation” [6]. These objectives called for substantial reductions by 1990 in: (1) the number of child-abuse injuries and deaths, (2) rate of homicide among black males 15 to 24 years of age, (3) rate of suicide among 15 to 24 year olds, (4) number of privately owned handguns, and (5) improvements in the reliability of data on child abuse and family violence. In 1985, the “Report of the Secretary's Task Force on Black and Minority Health” identified homicide as a major cause of the disparity in death rate and illness experienced by African Americans and other minorities relative to non-Hispanic whites [7]. And the 1989 “Report of the Secretary's Task Force on Youth Suicide” provided a comprehensive synthesis of the state of knowledge about youth suicide and recommended a course of action for stemming the substantial increases that had occurred over the previous 3 decades [3].

Response to the Call

The emergence of violence as a legitimate issue on the national health agenda spurred a variety of responses from the public health sector during the 1980s. In 1983, the CDC established the Violence Epidemiology Branch, which was integrated into the Division of Injury Epidemiology and Control (DIEC) 3 years later. The creation of DIEC was a direct consequence of a National Research Council (NRC) and Institute of Medicine (IOM) report, “Injury in America: A Continuing Public Health Problem” [8]. This report recommended establishing a federal center for injury control within the CDC and called for funding that would be commensurate with the size of the problem. Support for the NRC/IOM report recommendations contributed to a gradual increase in the number of staff and the size of the budget devoted to violence prevention research and programmatic activities at the CDC.

Applying the Tools of Epidemiology

Beginning in the early 1990s the public health approach to violence shifted from describing the problem to understanding what worked in preventing it. These efforts were bolstered by a number of appropriations from Congress. In 1992, the CDC received its first appropriation aimed at curbing the high rates of homicide among youth. The following year, the CDC published “The Prevention of Youth Violence: A Framework for Community Action,” an influential document that outlined the steps necessary to implement a public health approach to youth violence prevention [15]. By 1993, numerous violence-prevention programs were being developed and undertaken in schools and communities across the United States. In 1993, the CDC received its second appropriation for youth violence and used it to evaluate some of the more common prevention approaches being tried across the United States. These evaluation studies were among the first randomized control trials to specifically assess the impact of programs on violence-related behaviors and injury outcomes. Overall, they helped demonstrate that significant reductions in aggressive and violent behavior were possible with applied, skill-based violence-prevention programs that address social, emotional, and behavioral competencies, as well as family environments.

The achievements made in the prevention of youth violence throughout the 1980s and 1990s were published in “Youth Violence: A Report of the Surgeon General,” which provided a comprehensive synthesis of the state of knowledge about youth violence, including what was known about the different patterns of offending, risk and protective factors within and across various domains (e.g., peer, family, school, and community), and about the effectiveness of prevention programs [16]. The report also highlighted the cost effectiveness of prevention over incarceration and set forth a vision for the 21st century.

The early successes in youth-violence prevention paved the way for a public health approach to other violence problems such as intimate partner violence, sexual violence, and child maltreatment. Efforts were made to document each problem, understand the risk and protective factors associated with each type of violence, and begin building the evidence-base for prevention. In 1994, for example, the CDC and the National Institute of Justice collaborated on the first national violence-against-women survey. Conducted over the next 2 years, the survey produced the first national data on the incidence, prevalence, and economic costs of intimate partner violence, sexual violence, and stalking [17]. In 1994, Congress passed the Violence Against Women Act (Title IV of the Violent Crime Control and Law Enforcement Act)—landmark legislation that established rape prevention and education programs across the nation, in Puerto Rico and six other U.S. territories and called for local demonstration projects to coordinate the intervention and prevention of domestic violence. The CDC was given the federal responsibility to administer both efforts. The appropriations for these programs and their subsequent reauthorization from Congress were instrumental in building the infrastructure and capacity for the prevention of intimate partner violence and sexual violence at the local and state level.

Moving Forward in a Global Context

As public health efforts to understand and prevent violence gained momentum in the United States, they garnered attention abroad. Violence was placed on the international agenda in 1996 when the World Health Assembly adopted Resolution WHA49.25, which declared violence “a leading worldwide public health problem.” The resolution requested the WHO to initiate public health activities to: (1) document and characterize the burden of violence, (2) assess the effectiveness of programs, with particular attention to women and children and community-based initiatives, and (3) promote activities to tackle the problem at the international and country level. In 2000, the WHO created the Department of Injuries and Violence Prevention to increase the global visibility of unintentional injury and violence and to facilitate public health action. The organization's “World Report on Violence and Health,” published in 2002, is used throughout the world as a platform for increased public health action toward preventing violence [18].

As we move into the 21st century, public health is placing greater emphasis on disseminating and implementing effective violence-prevention programs and policies. The need to document and monitor the problem and identify effective programs and policies through research remains critically important. Nevertheless, a strong foundation has been laid for future success.

Ethics Talk: Chronic Emergency and the Limits of Peace-Time Bioethics

Author Interview: “What Does Ethics Demand of Health Care Practice in Conflict Zones?” 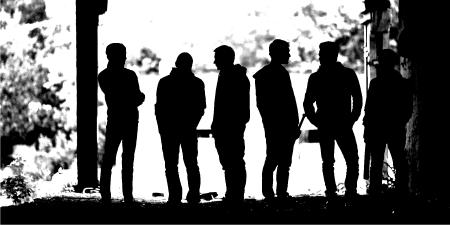