In 2003, the Association of American Medical Colleges reframed the concept underrepresented minorities as underrepresented in medicine (URiM), which defines representation in medicine relative to representation in the US population. Schools are permitted to construct URiM definitions, suggesting the importance of regarding them as fluid works in progress as US demographics evolve. Where medical school admissions processes consider applicants’ backgrounds and experiences of identity minoritization to be valuable, progress toward inclusive representation has been made. This article considers whether school-based URiM definitions are ethically sufficient and canvasses possible next steps in realizing equitable representation in medical education.

Fostering student diversity in medical school admissions is fundamentally linked to the creation of a diverse health care workforce and is therefore a valuable endeavor, as underscored by Jordan Cohen, former president and chief executive officer of the Association of American Medical Colleges (AAMC): “Given that our primary obligation to society is to furnish it with a physician work force appropriate to its needs, our mandate is to select and prepare students … who, in the aggregate, bear a reasonable resemblance to the racial, ethnic, and, of course, gender profiles of the people they will serve.”1 Rumala and Cason assert that increasing racial diversity is squarely “on the agenda” of US medical schools.2 Creating a diverse workforce that reflects the demographic makeup of the communities served in turn has implications for learning. Whitla and colleagues found that medical students felt that having a diverse student body allowed them to “work more effectively with those of different backgrounds,” enhanced classroom discussions, and “foster[ed] serious discussions of alternative viewpoints.”3 In programs instituting cultural sensitivity training, Guiton and colleagues found that the factor with the greatest impact on students’ perceptions of the experiences of minorities in health care was informal instructional interactions with peers from diverse backgrounds.4 Thus, even as schools instituted cultural sensitivity curricula, the presence of students from diverse backgrounds had greater influence on their learning.

The benefits of diversity in patient care are well documented. In 2004, the Sullivan Commission on Diversity in the Healthcare Workforce released a report, Missing Persons: Minorities in the Health Professions, which called for an increase of persons from historically underrepresented and underserved backgrounds at all levels of the health care workforce.5 The report stated that diversity among students entering the health professions “will improve the overall health of the nation.”5 Echoing this claim, Thomas and Dockter argued that diversity in the health care workforce helps to reduce health disparities.6 In a recent review, Gomez and Bernet concluded that diversity of health professionals can improve patient health outcomes, quality of care, and financial performance.7 Despite evidence supporting the benefits of diversification of students entering medical school, the path to achieving this aim has been stalled at worst and meandering at best. This paper explores whether the AAMC’s shift from a definition of underrepresented minorities (URM) to a definition of underrepresented in medicine (URiM) is ethically sufficient for motivating justice and inclusiveness in medical education.

One barrier to diversification in medical schools is that schools and society still grapple with overcoming present-day legacies of US racism and a history of discrimination.8 Challenges to diversification in higher education persist, despite court decisions. The idea that student body diversity serves as a compelling interest in higher education and that the limited use of race in admissions is permissible was established in 3 Supreme Court cases: Regents of the University of California v Bakke (1978),9 Grutter v Bollinger (2003),10 and Gratz v Bollinger (2003).11 These cases’ rulings have shaped practices in higher education institutions, including medical schools. Bakke specifically spoke to medical school admissions processes, and, while rejecting quotas for underrepresented populations, upheld the use of race as a factor in admissions decisions.9 The AAMC and several national health professions organizations have aligned their policies accordingly.6,8

From Desegregation to Diversification

With few exceptions, prior to 1960, African Americans and other minorities were de facto excluded from enrolling in US medical schools.8 Amidst the desegregation movement of the 1960s, higher education institutions established policies, programs, and practices that sought to achieve increased student diversity.6 The AAMC’s definition of underrepresented minority (URM) as referring to “Blacks, Mexican-Americans, Native Americans … and mainland Puerto Ricans”12 informed schools’ development of initiatives to recruit and prepare URM students for medical school.6 In 2003, the AAMC reframed URM as underrepresented in medicine (URiM), and, in 2004, following the Grutter v Bollinger ruling, clarified that URiM refers to “racial and ethnic populations that are underrepresented in the medical profession relative to their numbers in the general population.”12 This terminological change was implemented in response to changes in racial and ethnic categories used by the US Census Bureau and was intended to provide schools with the flexibility to use local demographics to foster diversity.13

Virginia Commonwealth University School of Medicine (VCU SOM) provides a case example of how the AAMC’s definitional change from URM to URiM influenced admissions. VCU SOM used 2010 US Census data to determine which populations in central Virginia are URiM. The analysis resulted in VCU SOM retaining the 4 demographic groups delineated in the original URM definition but prompted deeper exploration of and conversations about the school’s admissions practices, which led to VCU SOM’s use of additional student demographics (eg, socioeconomic status) to inform VCU SOM class diversification.

Considering race in admissions in higher education prompts the question: Who deserves a place in higher education institutions?14 According to AAMC data, 53 030 people applied for 22 239 places in 155 US medical schools during 2020-2021.15 Of concern has been the decline in the representation of Black men. As noted in the AAMC report, “Altering the Course: Black Males in Medicine,” between 1978 and 2014, the number of Black men applying to medical school dropped from 1410 to 1337, and the number of Black men enrolling in medical school dropped from 542 to 515.16 It is worth considering whether the AAMC’s definitional shift from URM to URiM played a role in Black men’s declining enrollment, since justice should be viewed within the social mission framework in which medical schools endeavor to motivate admissions equity,17 consistent with the AAMC’s assertions that diversity enhances students’ learning and improves health care for all.6 Yet, as Razack and colleagues note, there is a tension between inclusive and exclusive medical school admissions processes,18 which should prompt deeper ethical analysis of how the URiM definition increases access to medical school, both generally and for historically underrepresented groups. Broadening URM to URiM benefits all applicants, but does URiM promote justice and inclusion?

The AAMC’s narrow focus on 4 racial and ethnic identities defining of URM, though accepted at that time, risked marginalizing applicants minoritized due to socioeconomic status, disability, rural background, or identifying as a sexual or gender minority. The AAMC’s shift to URiM arguably helps to mitigate further marginalization of some demographic groups, and it accords current trends to extend norms of diversity beyond race to include plural and intersectional identities. In addition, the shift to URiM led to targeted medical school recruitment initiatives, such as pipeline programs (eg, the federally funded Health Careers Opportunity Program)19,20; more inclusive admissions practices, such as the holistic review of candidates’ dossiers6,21; and targeted retention efforts. These efforts were concomitant with the federal government and philanthropic organizations acting to increase access to higher education for persons with minoritized and underrepresented identities. The net effect of these efforts has been a more diversified medical student body, an increase in co-learning, and a richer exchange of ideas that supports the aim of inclusivity. The percentage of URiM medical school matriculants rose from 11.3% in 1980 to 13.7% in 2016,22 and, though this trend is sluggish, it is in the right direction and offers good reason to promote additional funding and support for URiM outreach and inclusion.

Author Interview: “How Should Educators and Publishers Eliminate Racial Essentialism?” 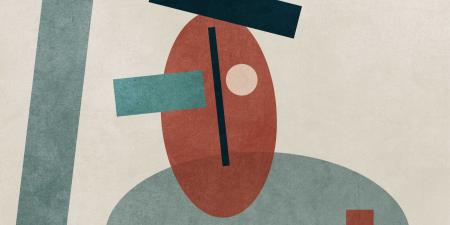 How Should Lived Experience of Racism Count in Medical School Admissions? 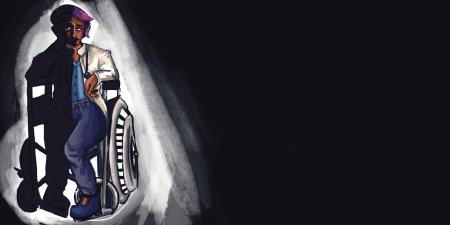 Why Disability Must Be Included in Medical School Diversification Efforts 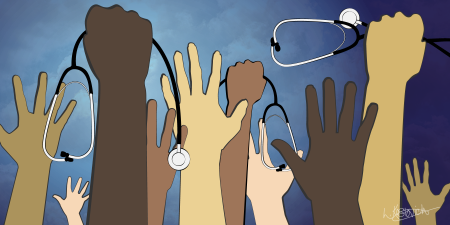 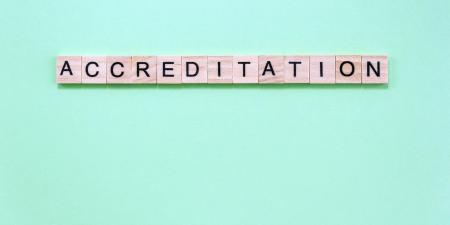