Now before the Supreme Court are 2 cases that challenge the constitutionality of considering race as a factor in admissions to professional and undergraduate educational institutions. The 2 cases, Grutter v Bollinger and Gratz v Bollinger, have been brought against the University of Michigan's then-president Lee Bollinger by 2 white students, Barbara Grutter and Jennifer Gratz, who were denied admissions. Ms Grutter and Ms Gratz allege that the university gives unlawful preference based on race when considering students for the University's Law School and College of Literature, Science, and the Arts, respectively.

These cases, which the Court heard in April 2003, will be decided this month and will likely influence admissions policies of undergraduate and graduate institutions and professional schools nationwide. Because of the decision's probable effect on medical school admissions and the future of certain minorities in the physician workforce, it is worthwhile to examine the arguments.

Ms Grutter, a white Michigan state resident, applied to the University of Michigan's Law School in December 1996 for admission to the fall 1997 first-year class. Ms Grutter, who was 43-years-old at the time of her application, had graduated from college with a 3.8 grade-point average (GPA) and submitted a LSAT score of 161, placing her in the 86th percentile of LSAT test-takers nationally. Ms Grutter was placed on a wait-list for admission in April 1997 and in June denied admission to the Law School for fall 1997. Ms Grutter brought suit against that University of Michigan and, in March 2001, Federal District Court Judge Bernard Friedman found the law school's race-based admissions policy unconstitutional.

Summary of the Plaintiff's Argument

The plaintiff's (Grutter's) case has 4 main arguments, as follows.

1. The consideration of race in the admissions process is inconsistent with the Equal Protection Clause of the 14th Amendment, which protects against discrimination on the basis of race. Although the Court has in the past allowed for race to be a consideration as a remedial action (ie, affirmative action), the University of Michigan's stated objective of race-conscious admissions is to create a diverse student body, not to remedy past or present discrimination as was allowed for by the court in Bakke.

2. Race-conscious admissions policies must be temporally limited, that is narrow in application and with a foreseeable endpoint. Otherwise affirmative action policies on the basis of race will contribute to an attitude of racial inferiority and hostility among those it is designed to help. While racial and ethnic diversity in the university setting is valuable, an interest in diversity is simply too indeterminate, open-ended, and unbounded by ascertainable standards.1 At the University of Michigan there is not only no foreseeable endpoint to the university's policy, but achieving racial diversity has become an end in itself rather than a temporary means to the end of righting past discrimination and achieving greater racial and ethnic equality. If this policy is allowed to continue it would provide permanent justification for race-conscious policies.

3. The University of Michigan has not justified the policy's goal—diversity in the student body—by assessing or measuring the educational benefits. The university did not present evidence to quantify the amount or type of diversity that is needed to derive a greater educational benefit. Such restriction of some individuals' 14th amendment rights to equal treatment requires a reasonable presentation of the state's overriding interest in diversity.

4. The university employs "impermissible stereotyping" in its assumption that students of particular racial or ethnic backgrounds will bring "diversity" to the campus. If the university wishes to include the experiential outlook of particular minorities, it should seek to employ race-neutral admissions policies that examine a student's life experience. The district court, which first heard and decided the Grutter case, found that the Law School had failed to consider race-neutral alternatives when crafting its admissions policy. Even if the Court finds race-conscious admissions policies acceptable in some form, it should find the University of Michigan policy unacceptable because this particular policy falls into the category of a quota (outlawed in 1978 by the Supreme Court in Bakke) by designating a percentage range of each first-year class for underrepresented minority students.

The University's main arguments are as follows:

1. It does not violate the Equal Protection Clause because it selects students both by their academic achievements and their likely contribution to the campus diversity. The University of Michigan policy does not use a quota system and is not significantly different from the Harvard plan that the Court approved in the Bakke case. The flexibility in the acceptance criteria and the range of percentage of minority enrollment, 11 to 17 percent, is an argument against labeling the admissions process a "quota system." Some minority students who are accepted have lower LSAT scores and GPAs than the majority of other accepted students but these students also graduate, become successful lawyers, and are offered judicial clerkships just like nonminority students.

2. The law school has a role in training leaders and must prepare leaders of all races and ethnicities. Without a system of race-conscious selection, the university could not have meaningful numbers of students from particular minority groups in the law school and such a policy could be equated to resegregation. A multi-racially diverse campus is necessary to create significant interaction between minority and nonminority students, to foster interpersonal growth and an environment of mutual respect, and to promote the responsible practice of law.

3. A few students of particular minorities, such as African American and Hispanic students, would be accepted without a race-conscious policy. But these few minority students would feel isolated and like token spokespersons for their race. Minority group members must be present in meaningful numbers constituting a "critical mass" to offer the educational benefit of diversity to all the students on campus.

4. Although the University of Michigan itself does not have a history of discrimination, significant discrimination remains in society and must be remedied by higher education institutions; otherwise some professions such as law will be closed to certain minorities. Doing away with race-conscious admissions in higher education might threaten the coherence and stability of our society and the public faith in the institutions of law and law enforcement by preserving "segments of the bar and bench …for white graduates trained in isolation from the communities they will serve." 2

The Court's decision will have wide-reaching effects if it actually makes a statement regarding the constitutionality of considering of race in admissions polices for higher education. It is possible that the Court will find the University of Michigan's policy is unconstitutional because it is a form of a quota. Such a ruling would force the University of Michigan to reconsider its policy but would still leave unanswered the question of whether it is unconstitutional to consider race in university admission policies. 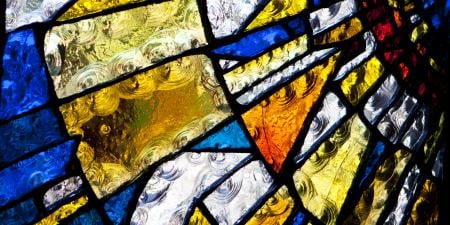 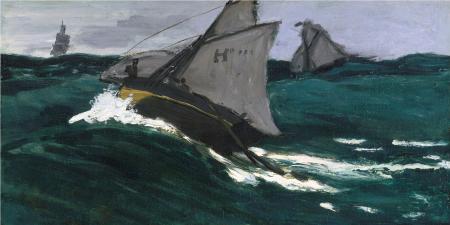 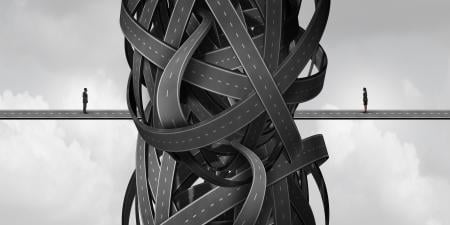