As neurosurgery residency program director at Cushing Hospital, Dr. Burr was accustomed to balancing the demands of a clinical practice and administrative duties. Never before, however, had he found himself at the center of such keen public scrutiny on the long hours worked by surgery residents.

A letter from a consumer watchdog group had been circulated among the hospital’s academic medical leadership. The letter complained that the hospital’s surgery residents—particularly those in general surgery, neurosurgery, and cardiothoracic surgery—were working unsafe hours and that patient care at Cushing was suffering due to physician sleep deprivation. The group indicated that they would soon be launching a media campaign about this topic.

Dr. Burr believed that his residents provided excellent care to all patients, and, while he acknowledged that neurosurgery residency required an especially grueling and demanding schedule, his program made every attempt to comply strictly with the Accreditation Council for Graduate Medical Education (ACGME) duty-hour regulations. However, this had become increasingly difficult. As of 2011, first-year residents (previously the backbone of the on-call schedule) could no longer take overnight call without direct supervision. The previous year, one resident had quit for personal reasons, which meant the remaining residents had to pick up the slack. Dr. Burr was grateful that the ACGME had approved his request for a 10 percent increase in duty hours to 88 hours per week. Such requests are granted to a handful of programs, most of them in neurosurgery, based on demonstration of “sound educational rationale.” But there was no guarantee this request would be renewed.

In recent weeks, Dr. Burr had come under pressure to defend his duty-hour arrangement from an ethical as well as an educational standpoint. Some of his fellow faculty members, who trained before resident work-hour regulations, believed that the education of future neurosurgeons was suffering and preferred that he publicly fight attempts to further restrict duty hours. They argued that neurosurgery was an exception to the general rule, owing to the long cases, complex anatomy, critically ill patients, small numbers of residents, and stamina of those who self-select as neurosurgery trainees. Other faculty, however, had opined that the danger of errors from overfatigued residents and loss of public trust outweighed the possible educational benefits. Meanwhile, other graduate medical education committee (GMEC) members at Cushing questioned whether the neurosurgery program truly merited an extension to 88 hours per week on educational grounds.

As program directors (PDs) in neurological surgery, Dr. Burr, Dr. Selden, and I are responsible for ensuring that the care provided to our patients is excellent and, at the same time, for creating an environment that prepares our residents for independent practice. In this hypothetical case, Dr. Burr faces criticism and pressure from a watchdog group focusing on fatigued residents and disagreement among his own neurosurgery faculty about whether to even have the duty-hour exception. The competing pressures to provide coverage for the neurosurgical service and to create the right educational environment for trainees frequently result in an impossible situation. In this case, Dr. Burr has put himself in a precarious position.

Dr. Burr stated that, when his resident resigned abruptly, his program’s duty-hour exception allowed him to stay at least within reach of the duty-hour restrictions by having the other residents provide the extra coverage required. The loss of the single resident, however, meant 4,224 hours (48 weeks at 88 hours per week) needed to be covered by the remaining residents during the upcoming year. It appears that, even with the exception, his residents would have to violate the duty-hour maximum of 88 hours per week to cover that time.

Furthermore, Dr. Burr must justify his duty-hour exception, which is only granted to a small number of programs in neurological surgery. To complicate matters, the percentage of programs in neurological surgery with duty-hour exceptions has steadily declined from 40 percent to 8 percent in the last seven years [1], due to pressures from institutional graduate medical education committee (GMEC) members whose programs do not have the duty-hour exception and the neurosurgery residency review committee (RRC) that requires clear justification for the eight extra hours. The Accreditation Council for Graduate Medical Education (ACGME) clearly states that before the RRC can allow a duty-hour exception it must first be approved by the sponsoring GMEC [2]. The ACGME also requires that the 10 percent exception in duty hours “must be based on sound educational justification” [2], meaning that Dr. Burr must demonstrate that “there is a very high likelihood that this will improve residents’ educational experiences. This requires that all hours in the extended work week contribute to resident education” [2].

Dr. Burr is using these extended hours to cover for new intern duty-hour reductions and the missing resident. With the apparently unsupportive GMEC awaiting his presentation, he will have to somehow claim to be prioritizing resident education over service when it appears at first glance the opposite is occurring. The pressure to deal with “education over service” for the entire program will make for a painful discussion at the GMEC meeting.

Furthermore, alongside all these pressures, program directors like Dr. Burr have the additional responsibility for increasing outpatient clinic experience so the residents can better understand patient selection, preoperative counseling, the informed consent process, and postoperative care. In the past, resident attendance in the outpatient clinic has been sacrificed to inpatient care and the operating room.

The Merits of Restrictions

The reduction in duty hours has generated an outpouring of studies looking at patient safety, resident education, resident satisfaction, and operative experience. The results of the studies have been mixed. Caruso’s extensive review of the impact of duty-hour restrictions on patient safety found 4 studies showing a negative effect, 17 studies showing no change, and 27 studies showing a positive effect [3]. A multivariate analysis of harms to patients from ten North Carolina hospitals showed no significant reduction in the overall rate of patient harms between 2002, the year before the duty-hour restrictions were implemented, and 2007 [4]. Our recent studies at the Duke University Neurosurgery program using the Nationwide Inpatient Sample for both cranial and spine surgery patients showed that, after institution of the duty-hour restrictions in 2003, there were worse outcomes for patients in teaching than in nonteaching hospitals [5, 6]. Although the results are mixed for patient safety, the patient and public to whom we are ultimately responsible have said that they no longer accept longer working hours if it leads to fatigued physicians. We have to move on and get more out of the hours the residents work, focusing those hours more on education than on service.

Resident education in neurological surgery appears to have been negatively impacted by the restrictions. A detailed study of neurosurgery residents’ overall American Board of Neurological Surgeons (ABNS) primary exam scores before and after institution of the duty-hour restrictions found that junior residents’ scores dropped by 16 percent, even though the USMLE Part 1 scores were increasing for incoming neurosurgery residents [7]. Scholarly activity has also declined, with 7 percent fewer abstracts published by residents at the annual neurosurgical meeting (unpublished data). Recent pushes for more time for scholarly activity have led our neurosurgery training program at Duke, like several other programs around the country, to institute a weekly full-length “academic day” to improve resident education and time for scholarly activity (unpublished data).

For the duty-hour extension to continue, Dr. Burr must have a comprehensive plan that addresses all the issues detailed here. The encouraging news is that there are data and possible solutions to his problems that don’t require sacrificing resident education to service, which is his current predicament.

He will need to enlist his program chair to advocate for changes at multiple levels to avoid negative reviews from his institutional GMEC and the neurosurgery RRC. First, by voluntarily relinquishing the duty-hour exception and at the same time improving the balance of resident education and service, he will be able to get the support of the health system and the GMEC. After unsuccessfully trying to convince the GMEC of the importance of the duty-hour exception, we at Duke made the decision to drop the case for the exception in favor of major program alterations that would benefit the residency education process and improve patient care and safety. First, after careful review of our need for patient care, the program chair and I advocated for an increase in our complement of midlevel practitioners. Providing more complete midlevel coverage has been shown to improve patient and resident satisfaction by enhancing continuity [8]. At that time, we had three midlevel practitioners covering the cranial, spine, and pediatric floors. To provide adequate coverage and institute the weekly academic day plus one day per week in the outpatient setting for our junior residents required doubling the number of midlevel positions. The hospital was persuaded by our chair to pay the majority of the cost for the increased complement.

Secondly, innovative resident scheduling with night floats, as demonstrated by my fellow commentator, Dr. Selden, can improve resident satisfaction and reduce duty-hour violations while avoiding a decrease in resident time in the operating room [9]. Finally, the decrease in operating room experience after the duty-hour restrictions is a complicated subject; the literature is all over the map. Some surgery specialties have shown no change in operating room time, while one of the most respected neurosurgery programs in the country at the University of Virginia found that the institution of duty-hour restrictions was associated with an increase in on-call hours and a significant decrease (39 percent) in educational and operating room time. At the University of Virginia neurosurgery program, the time in the operating room decreased from 64 to 41 hours per week (35 percent) [7]. Duke’s program is similar for our junior residents, who deal with the majority of the pressure to cover in-house call, recording a 31 percent decrease in operative case volume in the last several years (unpublished data).

For the psychomotor and technical skills of the residents to reach adequate levels, they must spend time in the operating room and make that time as efficient and deliberate as possible. One possible solution comes from social learning theory, which focuses on teaching in the resident’s “zone of proximal development” [10]. Residents specifically identify what they want to learn from a given case and, after approval from the faculty surgeon, they are taught in that small zone that stretches their knowledge and technical base. This is believed to allow them to integrate the cognitive and psychomotor skills necessary to take the next step in their learning process. The idea is that adhering to social learning principles improves the knowledge, skills, attitudes, and motivation of residents involved in a collaborative clinical education environment. They gain technical competence more efficiently and quickly if their passion for learning and teaching is maximized in the operating room.

Unfortunately for Dr. Burr, the attitude that prevailed during most of our generation’s training—that “being on call every other night meant missing half the good cases”—no longer applies. The public demands rested physicians at their peak of performance to maximize patient care and safety, and the governing bodies of resident education demand fewer hours spent in the hospital, focusing primarily on education. We can help our residents to develop the cognitive and psychomotor skills necessary for competent independent practice without duty-hour exceptions by increasing the complement of midlevel practitioners, implementing innovative resident scheduling, and using social learning techniques to increase efficiency.

A Longitudinal Approach to Handoff Training 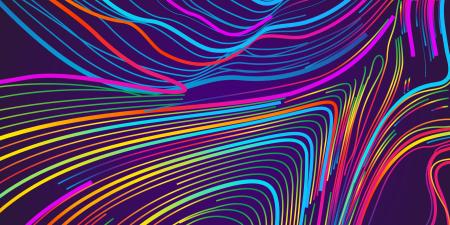 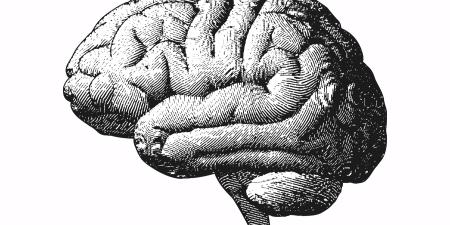 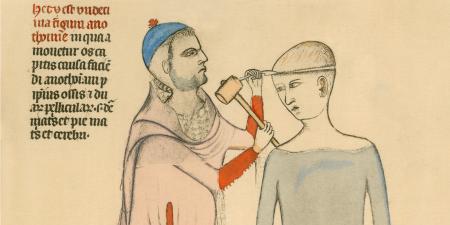