The guises in which abuse and violence present themselves to physicians (both in practice and in training) are as protean and plentiful as the choices these professionals make when so confronted. In this month's exploration of "Professional Responsibility in Preventing Violence and Abuse" we examine the context in which physicians' choices are made and the principles that underlie ethical decision making in these situations.

Two points deserve attention in the framing of our inquiry. First, is it pragmatically necessary to distinguish abuse from "violence" semantically? Many are inclined to treat these concepts as essentially interchangeable from a practical standpoint, while perhaps just as many would argue that "abuse" connotes a lesser degree of maltreatment in contrast to the visceral and physical connotations of "violence." In this issue of Virtual Mentor, I advocate for compromise between these views, taking the perspective that both terms fall upon, and are descriptive of, a spectrum of pathological interactions that take place between two parties. Although one may be immediately tempted to replace "two parties" with recollections of quarreling spouses, lurid crimes reported in the media, or perhaps the uncomfortable notion of child abuse, it is instructive to note these "two parties" could just as well be physician and patient, physician-educator and student, or physician and staff.

Second, what is the appropriate scope for approaching this theme? Inasmuch as this is the first Virtual Mentor issue dedicated to this theme, there is plenty of unexplored territory in a particularly rich realm of exploration and discussion. The scope of violence and abuse is broad, potentially encompassing myriad aspects of abuse within the medical profession, family violence (child, domestic, partner, spousal, elder), youth violence (school bullying, school shootings, gang violence), broader forms of violence (war, violent crime), and even violence against the self (self-mutilation, suicide). I've decided to focus on the aspects of violence and abuse that clinicians are most likely to encounter in their professional careers, particularly those amenable to timely detection and intervention.

It is difficult to overstate the importance of preventing violence and abuse. The Centers for Disease Control and Prevention notes that "violence is a significant problem in the United States"from infants to the elderly, it affects people in all stages of life" [1], while the World Health Organization recognizes that "violence is a leading worldwide public health problem" [2]. Physicians in many specialties are qualified to intervene and ameliorate abuse and violence propagation, in both their clinical and public health roles. Despite being largely preventable with appropriate intervention, abuse and violence in their many forms often go undiagnosed and underreported. In 2006 alone, state and local child protective services substantiated more than 900,000 cases of child abuse or neglect [3]. That same year, more than 720,000 youths were treated in emergency rooms for injuries sustained due to violence [4]. Each year, there are nearly 8 million intimate-partner-related assaults suffered by men and women alike [5], thousands of which result in death [6]. The annual cost of lost productivity and medical expenses resulting from violence in the United States has been estimated at more than $70 billion [7].

Unchecked, violence and abuse propagate a vicious cycle, and the adage that "violence begets violence" is in fact empirically supported by numerous studies showing that those who are abused, neglected, and otherwise subjected to or exposed to violence early in life are statistically and significantly more likely to engage in a wide array of destructive behaviors and become perpetrators of violence themselves later in life [8].

Physicians have both a professional and ethical obligation to detect, prevent, and treat the results of abuse, but this obligation is not always clear-cut or easy to fulfill. On the topic of family violence, for example, the American Medical Association Code of Medical Ethics states that "due to the prevalence and medical consequences of family violence, physicians should routinely inquire about physical, sexual, and psychological abuse as part of the medical history" and furthermore that "physicians who are likely to have the opportunity to detect abuse in the course of their work have an obligation to familiarize themselves with protocols for diagnosing and treating abuse" [9].

At the same time, however, the code acknowledges that

laws that require the reporting of cases of suspected abuse often create a difficult dilemma for the physician. The parties involved, both the suspected offenders and the victims, will often plead with the physician that the matter be kept confidential and not be disclosed or reported for investigation by public authorities [9].

Clearly, the physician's professional responsibilities in the context of violence and abuse prevention are often challenged by ethical conflict. It is the physician's duty to act in the best interest of the patient, but in many cases of violence and abuse what is truly best is in question. What professional obligations are applicable in these circumstances? And what should guide rational and ethical decision making when these obligations conflict? Virtual Mentor examines these concerns.

Although we must be cognizant of abuse and violence in clinical practice, simultaneously we should recognize that they are present within the medical profession as well. Many would argue that organized medicine is inherently hierarchical and that such intrinsic inequalities among status holders predispose the profession to abuse. Accordingly, Virtual Mentor tackles abuse and violence prevention in medicine from both an intrinsic and extrinsic perspective. On the analogy of Russian nesting dolls, (or perhaps an onion, if you happen to be more gastronomically inclined), I argue that we can describe our exploration in terms of concentric realms of responsibility, critically analyzing violence and abuse prevention within the medical profession itself, within the integral and familiar patient-physician relationship, and finally within the broader context of society at large. This approach is reflected in the scope of this month's clinical cases.

In the first case, a medical student intent on pursuing a career in surgery grapples with the attending trauma surgeon's abuse. Commentators Dan Hunt, Barbara Barzansky, and Michael Migdal discuss the national prevalence of medical student mistreatment, the culture that enables continuation of these occurrences, and the options available to medical students who have experienced mistreatment.

Turning to the encounter between patient and physician, the second clinical case presents a sine qua non scenario for exploring the topic of violence and abuse prevention - a pediatrician who suspects child abuse ponders the appropriate clinical approach toward her patient and the patient's family. Commentator Karen St. Claire describes the scope of child abuse and neglect and explains the medical evaluation of and response to this threat to childhood well-being.

Moving outward to the question of physicians' obligations to society, the emergency physician in the third clinical case considers what steps to take when he evaluates a teenager who has been involved in violent gang activity. Commentators Lauren K. Whiteside and Rebecca M. Cunningham outline effective screening and prevention modalities for the critical public health problem of youth violence.

The remaining articles explore violence and abuse prevention from many perspectives, enhancing our holistic understanding of these issues. In the first of two medical education articles, Ana E. Nunez, Candace J. Robertson, and Jill A. Foster outline the significance of intimate partner violence (IPV) in clinical practice and recount the experiences and development of the Women's Health Education Program at Drexel University College of Medicine in educating students about IPV. In the second medical education article, Cindy Moskovic and colleagues make the case for upholding intimate-partner-violence education as a priority and describe the components, challenges, and successes of the IPV curriculum at the David Geffen School of Medicine at UCLA.

What should physicians do when confronted with knowledge or evidence of intimate partner violence? In "Mandatory Reporting of Domestic Violence: the Law, Friend or Foe?" published in the Mt. Sinai Journal of Medicine in 2005, Laura Iavicoli evaluated arguments for and against mandatory reporting by physicians. In this month's journal discussion, Isac Thomas reviews Iavicoli's arguments and concludes that"the unintended tragedy of mandatory reporting may be that, instead of facilitating intervention for victims of intimate partner violence, this policy might drive victims away from those who could help." He believes that "reports of intimate partner violence to legal authorities should only be made with the victim's consent."

How do physicians maintain the balance between law and ethics? In the health law section, Kristin E. Schleiter discusses circumstances in which patient-physician confidentiality may conflict with the law. She poses the question, "When does public safety or preventing violence justify the erosion of the patient-physician relationship that occurs when physicians abandon the otherwise-sacred pledge of confidentiality?"

In the policy forum, Nancy Rappaport and James G. Barrett look at threat assessment in schools. The authors evaluate measures taken by certain schools in response to the threat of student violence. One Texas school district certifies teachers to carry weapons in the classroom and respond to threats with deadly force if necessary. Arguing that "arming teachers is a desperate school policy initiative," the authors outline a rational framework in which medical professionals can more appropriately manage threats of school violence.

Two medicine and society pieces examine some of the underlying themes of violence and abuse that impact society. Janet Rose Osuch decries the legacy of abuse in medicine, homing in specifically upon the "culture of silence" that has often enshrouded medical error and the public humiliation sometimes employed in medical education. Jason Schnittker directs our attention to public reception of claims about the genetic causes of human behavior - mental illness and violent behavior, in particular and addresses the consequences, positive and negative, of this enthusiastic acceptance.

The history of medicine article places our exploration of violence and abuse prevention in context. Linda L. Dahlberg and James A. Mercy summarize the history of violence as a public health problem, highlighting relevant public health developments of the past century, as well as steps taken by organizations such as the Centers for Disease Control and Prevention and the World Health Organization in response to these challenges.

Finally, in our op-ed section, Jorge C. Srabstein argues that "health professionals have the urgent public health responsibility to become informed and raise community awareness about the nature of bullying and its link to serious health risks."

These articles and commentaries study abuse and violence from many different perspectives - clinical, ethical, professional, educational, historical, social, legal, and policy-based. It is my sincere hope that these discussions will drive home the integral role physicians have in preventing violence and abuse and will contribute to an ongoing process of education and reflection from which the medical profession, the patient-physician relationship, and society as a whole have much to gain. 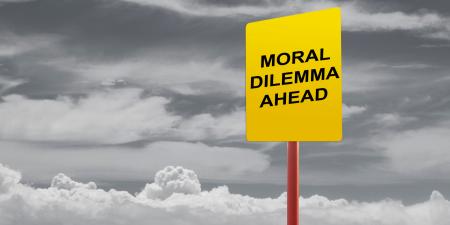