Wilson was inwardly thankful that his long day of assisting in the operating room was finally coming to an end. As a fourth-year medical student heading toward a residency in surgery, he had at first been ecstatic when he secured a rotation with Dr. Cartwright, a renowned surgeon and head of the trauma surgery service. Wilson was well-aware that Dr. Cartwright had a reputation for being difficult to work with, demanding, and scary, but, at the same time, he felt that a supportive letter from the surgeon was essential for his residency application, especially since he wanted to go into trauma surgery himself.

This first week on the service made him reconsider. Even on the first day, Dr. Cartwright had seemed aloof and uninterested, complaining openly that he had little time to deal with medical students. He was critical, abrasive, and even openly rude—not only to Wilson, but to the residents as well. Wilson could have appreciated constructive criticism; but commentary from Dr. Cartwright was far from constructive. It was usually harsh—even demeaning. When Wilson answered questions incorrectly on rounds Dr. Cartwright sighed audibly, sometimes commenting pejoratively on the caliber of medical students being admitted to the school. From conversations with the residents Wilson learned that Dr. Cartwright was well-known for his temper and verbal abuse. Yet, due to his surgical skills and eminent research status, few had been willing to make an issue of it. And, given his standing in the department, the residents were universally resigned to tough it out. After all, they were surgeons. It was to be expected, right?

On the first day that Wilson was allowed to assist in the operating room on a fairly stable case, Dr. Cartwright had seemed to be in a nastier mood than usual. He raised his voice when he thought the nurses were too slow in complying with his orders or when supplies were not immediately available. He swore audibly on most of these occasions. Wilson had earned honors in the surgery clerkship during his third year of medical school and was fairly confident in his skills. On this occasion, he couldn't do anything right apparently. Dr. Cartwright upbraided him each step of the way, constantly criticizing how Wilson was holding the retractors. He sometimes simply shoved Wilson's hands out of the way or rapped him on the knuckles with the instrument he had in hand at the time. When it came time to close up, Dr. Cartwright's patience seemed to have reached an end, and he simply pushed Wilson out of the way, finishing up the sutures himself.

Sitting in the vending machine area at the end of the day, Wilson felt miserable. He looked at his knuckles finally, which looked red and certainly ached a little bit. How was he going to get through this rotation?

Everything that happens has a context. In this case, a medical student— Wilson —is being mistreated by a professional—Dr. Cartwright—who has been trained to be a healer. Yet we read that this “healer” is the source of the pain and suffering. How could this happen? How often does it happen? How does this student on a trauma-surgery rotation formulate an appropriate response with his hopes of a letter of recommendation on the line? What types of systems must schools have in place to deal with this issue?

Asking how such mistreatment could happen forces us to look at the context in which it occurs as a starting point for analyzing the choices available to Wilson. The first circle of players and actions in this situation comprises the residents and nurses on the service, who, we see, are equally humiliated by the surgeon. The nurses are verbally abused, and the residents are living out the myth of the stoic surgery-house officer. “After all, they were surgeons.”

Make no mistake, however, this stereotypic surgical-service scenario could have played out on any floor and service. It could just as easily have taken place on a pediatric rotation or in the family medicine clinic. Regardless of the specialty field, the common factor is that the abuser has the benefit of a power differential. Dr. Cartwright's ability to confer a better grade, letter of recommendation, or supervisory relationship enables him to behave in a way that everyone objects to but many must endure.

Students like Wilson also work in a wider context of systems, however, that are or should be in place to deal with abuse. One would want to examine his school's reward system and understand the role of the promotion and tenure guidelines that may value clinical and research productivity over educational humanism. More importantly for Wilson is understanding the school's policies on mistreatment. What policies and proc edu res are available to assist a student—or a resident or nurse for that matter—in dealing with the actual and perceived power differential exemplified in this case? The closing image of Wilson's pondering how he will “get through this rotation” leaves us wondering just how well this school has succeeded in promoting its mistreatment policy and providing an accessible and safe venue for students to talk to someone about their options.

The feelings of isolation and helplessness that Wilson is experiencing are far too common in medical education. Each year, graduating students from the nation's accredited medical schools complete the Association of American Medical Colleges (AAMC) Graduation Questionnaire (GQ), which asks a variety of questions on topics ranging from the value of the premed courses to career choice, and, of course, includes questions specifically related to mistreatment in the learning environment. In fact, 24 questions seek information such as how well-aware of and satisfied with their school's mistreatment policies students are, the frequency and type of mistreatment they experience, who the perpetrators are, and what the student did or did not do about the situation.

The 2008 AAMC GQ was completed by 13,269 graduating seniors, 84 percent. In general, the responses from this class about incidents of mistreatment were consistent with previous graduating classes. This is disquieting because one would like to see downward trends in the frequency of observed mistreatment and upward trends in reporting of incidents. In the graduating class of 2008, 16.7 percent of the respondents reported that they had been personally mistreated during medical school. Over the last 5 years, 50 to 55 percent of those reporting mistreatment indicated that it took the form of being publicly belittled or humiliated occasionally. Other forms of abuse, such as physical threats, punishment, or unwanted sexual advances were reported less frequently. But considering that 8 percent of those reporting mistreatment stated that they were physically threatened, and 5 to 7 percent reported unwanted sexual advances, one must conclude that the learning environment is far from ideal.

All medical schools are required by the Liaison Committee on Medical Education (LCME)—the organization that accredits undergraduate medical education programs—to have policies and procedures that address mistreatment, and the LCME looks closely at these policies when schools are up for review. When the GQ was completed by the graduating class of 2008, 22 percent of all respondents reported not being aware of the school's mistreatment policies. While it might be that this group of students never found themselves in a situation in which they needed to know about the policies, it might also mean that students were lacking a source of support, as was the student in our case. Had Wilson been familiar with his school's policies and procedures, he would have known that there was a designated “point person,” a faculty member who was a knowledgeable and safe person for him to call for immediate support, and, more importantly, to help him explore the options. The LCME mandates that each school have a safe outlet and point person to help students handle such situations.

Each U.S. medical school undergoes a full LCME survey every 8 years. Of the 53 schools that underwent this in the past 3 years, nine were out of compliance with the standard related to student mistreatment. This standard is among the “top 10” in frequency of noncompliance. Uniformly, the schools that are out of compliance have policies, but their students are either unaware of them or perceive that they do not provide a safe haven for reporting incidents. This may be because the individual responsible for hearing and acting on complaints has an administrative role that students see as a conflict of interest (e.g., a position in the dean's office) or is someone who provides a grade in a relevant course.

Evidence of this student perception comes from the GQ, which goes on to inform us that, of students who reported mistreatment, 66 percent stated that they did not report it to a designated point person who was empowered to handle complaints. When asked why they did not report the mistreatment, they indicated, among other explanations, that it did not seem important enough to report (50 percent), they feared reprisal (48 percent), or “other” (20 percent). (This question allowed multiple answers which is why the total was greater than 100 percent.)

The number of students who perceive that they have experienced abuse or humiliation in the medical education learning environment is high, as is the number of schools with inadequate ways to assist students in addressing mistreatment. In a perfect world, a student would know whom to contact for help in exploring his or her options. Those options could range from an immediate intervention to no action at all, depending on the school policies and what the student felt was appropriate. In the less-than-perfect world that Wilson inhabits, he should consult the school policies or call someone in the dean's office to find out who has responsibility for dealing with cases of student mistreatment.

What would make the world better for Wilson is creating a more responsive and collegial learning environment. The LCME expects schools to implement programs that inform students, faculty, residents, and others about expectations for appropriate treatment. Students can request that this type of edu cation be offered so that they will never again be unsure of what to do in the rare—we hope—instance that harassment or abuse occur. 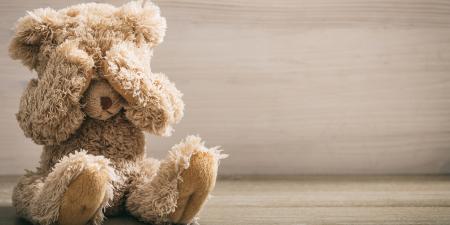 Under the Gun: Threat Assessment in Schools