While veterans can attest to the hardships and horrors of combat, historical accounts suggest that some of the most harrowing experiences for Soldiers took place in basic training. There is a long history of sanctioned abuse of new recruits by their drill instructors during initial entry training (i.e., “boot camp”) for the armed forces. Severe mistreatment on the part of instructors is recorded as early as the beginning of the twentieth century at the United States Military Academy [1] and continued well into the modern era. Biographies of Vietnam veterans describe ritualized cruelty ranging from verbal insults and derogatory comments to physical injury such as being punched repeatedly in the stomach or forced to eat garbage [2-4]. These stories were not isolated incidents; at the time, they were considered an integral part of the training process. Drill instructors acted on a sense of duty to strip recruits of their old civilian lives, including their dignity, in order to prepare them for military careers.

Today, this behavior—in which an oftentimes-more-powerful individual or group uses that power to force less powerful people to accept risk, humiliation, or abuse as a form of punishment or rite of passage—is recognized as hazing [5]. It has been used to enforce a particular standard or code of conduct or to initiate new members of a group [5]. For the military, endurance of this maltreatment was viewed as an indicator that a new recruit was successfully tested and ready for the rigors of military life. However, the military has made a cultural shift with respect to hazing, now regarding it as cruel, unnecessary, and inconsistent with its core institutional values, and is accordingly strictly intolerant of these behaviors. The military continues to work towards eliminating hazing in basic training and continues to make great strides in this effort.

Medical education has also historically used hazing as a rite of passage for students and resident physicians [6, 7] but is now seeking to rid programs of such socially accepted abuse. In this effort, the medical community can look to military practices and experiences in erasing hazing from both the training environment and the overall culture.

The Purported “Benefits” of Hazing

Despite the cruel nature of hazing, it stems from more than simply sadistic motivations. Initially, harassment was implemented in military contexts because of its purported benefits to the larger organization. Specifically, hazing was seen to serve three functions—socialization, cohesion-building, and weeding out those unfit or unwilling to serve. It was felt that socialization required that the existing principles and habits of new recruits be “broken down” and eliminated for the principles and norms of the group to be instilled in them. Lewin labeled this eradication of existing principles and habits unfreezing and identified it as a critical first step in his three-step model of change [8]. In this model, old values and attitudes are erased in the unfreezing phase, while new values and attitudes are learned in the change phase and crystallized in the freezing phase (see figure 1). The abuse suffered during basic training was seen as a way to break or “unfreeze” new recruits so that military ideals could be taught and cemented.

Second, hazing was seen as a way to build camaraderie among new cohorts. Shared stressful experiences have been shown to foster cohesion among group members [9-12]. In basic training, that common stress was created in the form of hazing and harassment from drill instructors. This resulted in new recruits developing a strong commitment to their fellow trainees and the military itself—according to the theory of cognitive dissonance [13], new members would justify their unpleasant experiences by increasing their valuation of the group [14].

Third, hazing was viewed as an effective means of weeding out those who were either too weak for or not fully committed to a military career [15]. According to this argument for hazing, the willingness to endure abuse would effectively demonstrate a new Soldier’s intrinsic motivation to join the armed forces [14, 16-19]. Any trainee who could not or would not submit to the physical and mental abuse doled out during basic training was classified as weak or lacking the motivation and dedication to make sacrifices for his fellow Soldiers and branch of service. In either case, the recruit considered unfit for service would be weeded out through hazing.

In the last few decades, it has become clear that the dangers of hazing far outweigh any purported benefits and that these same goals can be achieved without hazing. Since this realization, the military has made a concerted effort to eliminate sanctioned hazing in basic training and align its training methods with its values of dignity and respect through training, education, and regulation. Army regulations now cite hazing as being “fundamentally in opposition to [military] values” [20]. Drill instructors no longer have full autonomy in how they conduct training or discipline recruits, and methods of training that avoid hazing are stressed to prospective drill instructors in the drill instructor school. Derogatory terms, punitive or excessive physical activities, and any abusive or violent physical contact are now expressly forbidden and punishable by the Uniform Code of Military Justice (UCMJ) [20]. As a result, the last 10-15 years have seen a significant reduction in incidents of hazing during basic training [21].

Despite the arguments in favor of hazing noted above, the eradication of hazing has not diminished the socialization, camaraderie, or commitment of new recruits. The military has since recognized that the physical, emotional, and mental hardships inherent in basic training are already significant. Recruits are isolated, far from home, flooded with new information, and required to achieve peak physical condition. The military has recognized that these challenges are more than sufficient for producing the outcomes that were previously associated with hazing without posing the considerable dangers of ritualized harassment. Even as early as the 1950s, when hazing during basic training was not regulated or even discouraged, the military recognized that a “knowledge of common interests, and a common identity serves as a unifying force” [22]. Today, the common interests and identity cultivated during basic training are built on a foundation of socialization, cohesion, and commitment without the cruelty of ritualized abuse from instructors.

This is not to say that basic training has become any easier or less rigorous since the eradication of hazing. Recruits are still subjected to a number of arduous tasks and conditions. However, these tasks directly relate to legitimate training objectives and give recruits a realistic preview of the challenges of a military career [14]. For example, recruits are required to run long distances while carrying heavy loads of equipment during basic training—a physical capability that is likely to be called upon in a combat environment. U.S. Army Training and Doctrine Command (TRADOC) regulation 350-6 specifically notes that “physical and mental hardships associated with operations or operational training” do not constitute hazing [23]. Hence, drill instructors are expected to enforce these activities, but only to prepare recruits for the tasks and objectives they will be faced with in the course of their military duties.

Lessons for the Medical Community

A medical career and the training required to prepare medical students parallel the conditions of a career in the armed forces. Like Soldiers, doctors are required to apply extensive amounts of procedural and declarative knowledge in a fast-paced, high-stakes environment. Due to these taxing requirements, it is not surprising that the medical community has also implicitly or explicitly used hazing as a means to weed out unfit interns and sufficiently prepare the remaining students for the rigors of a difficult career ahead. Junior residents are subjected to humiliation, belittlement, and verbal abuse from senior residents and attending doctors [6, 7, 24]. However, it is becoming clear that the hazing students receive when beginning their residency can be dangerous and unwarranted. A culture of mistreatment not only creates a hostile learning environment, but also causes breakdowns in trust and communication that can jeopardize patient safety [25].

In their efforts to change this culture, hospitals and residency programs can learn from the military’s attempts to eliminate ritualized hazing while still conducting effective training. Like Soldiers in basic training, medical interns will experience extensive rigors during their residencies, including long hours, overwhelming amounts of information, and very high costs of failure. Not only do these circumstances suffice to prepare students for medical careers, but they also effectively socialize individuals and create camaraderie and commitment within cohorts.

Nevertheless, hazing has long been a part of the culture of clinical medical education and residency programs, much as it was a part of the military culture. Erasing hazing will therefore require a change in culture, which can be a difficult and prolonged process. It begins, however, with a commitment by those at the top of the organization. Similar to the military’s regulations against hazing, internship programs should also have explicit policies that define mistreatment and delineate the consequences for such actions. But writing policy is not enough; leaders must implement policy with a strict zero-tolerance approach. Rather than attempting to weed out interns, organizations must shift their focus to disciplining or extracting instructors who do not comply with antihazing policies.

In addition to ridding training programs of a culture of hazing, environments like the military and medical community will also benefit from building a new culture of supportive learning and psychological safety. This culture is one in which instructors are viewed as mentors, not disciplinarians; mental toughness is demonstrated by consistently high performance, not endurance of harassment; and mistakes are viewed as opportunities for growth, not humiliation. Actions on the part of organizational leaders to demonstrate and implement these cultural paradigms not only reduce incidents of hazing but also create a productive learning environment. Through these efforts, the medical community can join the military in producing effective professionals without the added abuse and potential dangers of ritualized hazing. 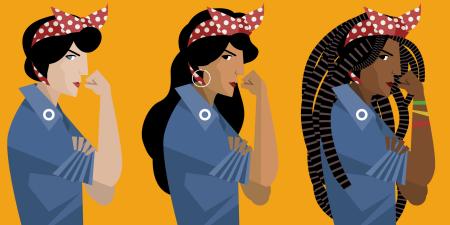 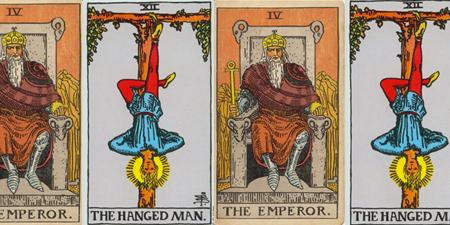 The Hanging Medical Student: Sacrifice and Authority in Medical Education 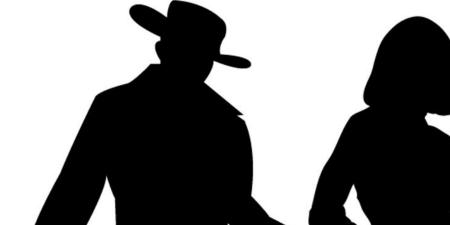