Jim, a first-year medical student, was participating in an observed standardized clinical encounter (OSCE). His assignment was to obtain the chief complaint, history of the present illness and past medical history from a standardized patient (an actress) in the presence of an attending physician. Jim's questioning revealed that the patient, who had just moved to New York, suffered from asthma and had recently had an exacerbation of her symptoms. Jim also happened to be new to New York and he, too, had asthma. In the course of the interview, he sought to empathize with the patient on these two points by conveying that he understood the difficulties of adjusting to the city and also the difficulties of the chronic illness. Jim thought that the interview went well, and the feedback he received from the patient and the observing physician was generally positive.

Both the standardized patient and the attending physician took issue, however, with the student's revealing his own medical condition to the patient. They distinguished between this disclosure and Jim's comment on his recent arrival in New York, which the patient and attending perceived as an expression of empathy. The attending physician said to Jim, "Any medical information that you as a physician-in-training share with your patients must be based on your training, not your personal medical experience. Furthermore, you are drawing attention to yourself and away from your patient by bringing your asthma into the dialogue. This may be a subtle point, but empathizing with the patient about your shared experience as a new New Yorker is different than empathizing about your shared medical experience." The patient nodded her head in agreement.

The patient-doctor relationship is legally and ethically considered a fiduciary relationship. The essence of this is that the physician puts the patient's best interest before his or her own. The trust that develops as part of the patient-doctor relationship is critical to achieving desired health outcomes such as adherence to medication and behavior change. A doctor's expression of empathy for a patient's situation is effective in promoting a patient's trust. A comment such as, "I see that your headaches are affecting your ability to live your life" tells a patient that the doctor recognizes the importance of the problem. By extension, one might expect that a physician's disclosure that he or she has experienced the same problem might go even further in engendering the patient's trust. The central question is, what are the effects of a physician's or student's disclosure of personal information to a patient?

To paraphrase the World Health Organization, health is not simply the absence of disease, but the physical and mental ability to live one's life—to work, to play, to love [1]. Sick people seek out health care because their ability to live life has been affected. To walk into a doctor's office is to become that doctor's patient—to acknowledge that "my life is vulnerable, and this person will help strengthen me." But the relationship is not automatic, unlike in other arenas. Soldiers are taught to "salute the uniform" in the presence of a superior officer; the nature of the relationship between a GI and an officer is written in stone, and each person knows what to expect from the other before speaking a word. The patient-doctor relationship is sometimes this cut and dried—emergency departments frequently treat patients whose health is in such a perilous state that they put themselves completely at the mercy of physicians they have never met before.

But the majority of people, even sick people, need some proof that this person is the one who will help them get their life back. They have to believe this doctor has what it takes—the intelligence, the experience and the dedication, to do whatever it takes to protect them from the ravages of disease. They have to believe that, even if it's just for the few minutes they are together, no one is more important to the doctor than they are. They have to believe that this doctor is treating them the way he or she would treat a family member. It's not enough to know what the symptoms are—this doctor has to understand what the individual is going through. Doctors have to show the individual patient that they empathize with his or her situation.

In 12 years of teaching the medical interview to first-year medical students, I have learned that the large majority of medical students embrace the mandate to empathize with their patients. They have heard the criticisms that medicine has become too technical, too inhuman. They have learned from their own experiences that a physician's impact is far greater when the patient feels the physician truly understands him or her. They dream of becoming the kind of doctor that can both pull the rare diagnosis out of thin air and also comfort patients in their time of need.

But if students embrace the importance of empathy, they are less enthusiastic about being taught it. Anatomy may be new to them, but they've been caring and responsible people for some time now. That someone can watch them for 10 minutes and tell them what they're doing wrong can seem bizarre, even disrespectful. Even when the student himself knows the feedback is accurate, it is still difficult to hear. When the student doesn't agree, the situation can be quite unnerving.

The Case at Hand

This case involves a student early in his training. The student demonstrated a commitment to communicate to the patient that he empathized with the patient's situation, both in the general psychosocial stress of relocating to a new city (even a city as welcoming as New York), and in the specifics of the medical illness. One could easily imagine that this patient, alone in a new city, suffering both discomfort and physical impairment from an illness, would benefit from a physician who respected her, took her concerns seriously and was dedicated to helping her improve her health.

Would self-disclosure of personal information further the patient's perception of the physician as meeting these criteria? The answer, of course, is maybe. For example:

So what's a well-intentioned if somewhat out-of-touch physician or student to do? First, realize that seeing similarities between challenges we have faced and those that patients are facing is a superb first step to developing empathy for someone whose life is very different from ours. Second, rather than acting on the gut impulse that we and the patient share something significant, use what we know about the situation to help us learn more. For example:

Patient: "I just moved here from California. It's been a rough transition."
Physician: "Moving can be hard in so many ways—what's made it rough for you?"

This response lets the patient know that the physician appreciates that moving can be truly rough, and it opens the door for the patient to elaborate if he feels the need to. The patient would most likely benefit more from a physician who knows that life transitions can be traumatic and wants to know the details of this patient's transition than from a doctor who can share details about how different New York City is from California. In this case, it is easy to imagine a scenario in which, after discussing the particulars of the patient's move, the doctor and patient might share a laugh over the mysteries of the New York subway system.

The student's other empathic statement involved letting the patient know that he had the same illness. The risks and benefits of this disclosure are essentially the same as for the first example. Again, the student risks the "your blues ain't like mine" with the patient thinking, "Yeah, well you didn't lose your job because you were too sick and you probably have health insurance." On the other hand, the student can use his more intimate knowledge of the sickness to learn more about the patient and develop a relationship. For example: "It seems to me that being short of breath must be one of the worst feelings there is," or "asthma can really affect people's lives—how has it affected yours?"

The examples above demonstrate that a physician's self-disclosure is not an effective shortcut to developing a therapeutic relationship through expression of empathy. Does self-disclosure have any role in the medical encounter, or is it by its nature detrimental to meeting our professional goals? Self-disclosure runs the continuum from a physician's letting patients know that she is a parent (often communicated by personal photographs in the physician's office) to telling the patient that she herself has had a disease. I would argue that both of these examples, and everything in between, have risks and benefits. I have had visits with patients who were acutely grieving the loss of a child. While my being a parent helped me come closer to understanding the patient's distraught state, I also wished at that moment that I didn't have a picture of my two smiling kids on my bookcase staring at us and heightening the difference between the patient's situation and my own.

A physician's disclosure of having a serious illness carries the risks described above. Are there potential benefits to disclosure that can't be accomplished in other ways? I would argue that there are. I periodically find myself working with patients with whom there is a mismatch between how each of us views our illness. For instance, consider patients with chronic illnesses such as asthma, hypertension or diabetes, which are characterized by long asymptomatic periods that nonetheless require frequent monitoring and daily medications. My goal is that they will take a more active role in their illness, but these individuals seem to prefer to forget they have an illness as long as they feel well. In these situations, after attempts to explore the patient's resistance without personal disclosure have failed, I will sometimes let the patient know that I myself have asthma and that I understand what it feels like to wake up feeling great and that having to take medications feels like a reminder that I have an illness. In some instances, this has helped patients start to articulate their own negative feelings about their illness and how these have been barriers to their taking better care of themselves.

The disclosure of personal medical information can be tempting to physicians and students as an efficient approach to establishing a stronger bond with the patient. Every individual's experience of that illness, however, is unique. Effectively expressing empathy requires developing an understanding of what the illness means to the patient and reflecting this back to the patient. This has little to do with the physician's own personal experience, and everything to do with his or her skill in helping patients articulate their deepest concerns and then expressing an understanding of these concerns in a way that helps the patients develop trust. There may be times when disclosing one's personal information is uniquely effective in advancing the patient-doctor relationship, but even in these situations the self-disclosure should be seen as opening a door to a deeper discussion of the challenges that the individual patient faces in confronting his or her illness. 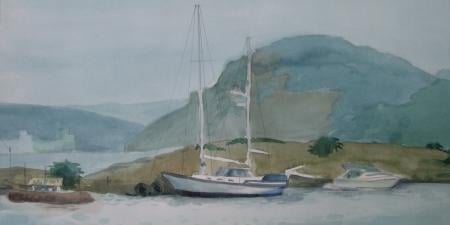 The State of Medical Education Research 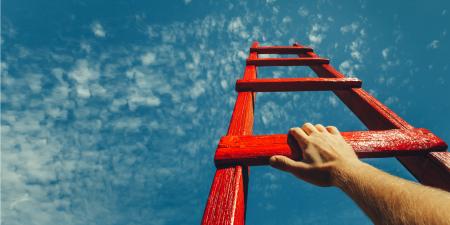 Reflections on the Role of the Professionalism Curriculum in Medical School 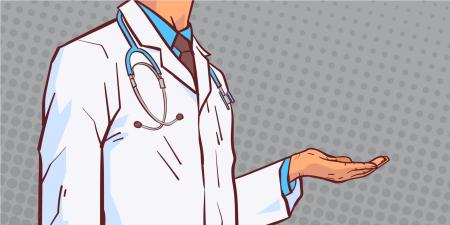