Jim, a first-year medical student, was participating in an observed standardized clinical encounter (OSCE). His assignment was to obtain the chief complaint, history of the present illness and past medical history from a standardized patient (an actress) in the presence of an attending physician. Jim's questioning revealed that the patient, who had just moved to New York, suffered from asthma and had recently had an exacerbation of her symptoms. Jim also happened to be new to New York and he, too, had asthma. In the course of the interview, he sought to empathize with the patient on these two points by conveying that he understood the difficulties of adjusting to the city and also the difficulties of the chronic illness. Jim thought that the interview went well, and the feedback he received from the patient and the observing physician was generally positive.

Both the standardized patient and the attending physician took issue, however, with the student's revealing his own medical condition to the patient. They distinguished between this disclosure and Jim's comment on his recent arrival in New York, which the patient and attending perceived as an expression of empathy. The attending physician said to Jim, "Any medical information that you as a physician-in-training share with your patients must be based on your training, not your personal medical experience. Furthermore, you are drawing attention to yourself and away from your patient by bringing your asthma into the dialogue. This may be a subtle point, but empathizing with the patient about your shared experience as a new New Yorker is different than empathizing about your shared medical experience." The patient nodded her head in agreement.

Until recently, a model of "detached concern" was thought to describe how physicians approach their patients and was advocated by many as a proper model to follow. Currently, however, physician-scholars trained in medical humanities are questioning this model. These physician-scholars argue that detachment is a barrier to understanding patients' experiences of illness and suffering, an understanding that makes possible accurate and comprehensive diagnosis and a collaborative treatment plan; failure to comprehend how a patient feels can jeopardize appropriate diagnosis and treatment. In this view, emotional engagement and imagination are necessary components of a physician's interaction with his or her patients. For example, Jack Coulehan advocates the development of "…emotional resilience, a resilience that allows one to experience fully the emotional dynamics of patient care as an essential part of—rather than a detriment to—'good medical practice'" [1]. Similarly, Jodi Halpern proposes that emotional resonance and imagination are at the core of an empathic approach to patients and that empathy as a supplement to objective knowledge is critical for making correct diagnoses [2].

When Jim conveyed to the patient with asthma his own experience as a new arrival in New York and as an asthma sufferer he was expressing sympathy—an affinity by virtue of being "affected similarly by the same influence" [3], but he was not necessarily displaying empathy—"the selective use of [emotional] resonance to imagine how the patient feels" [4]. The patient's experience of asthma and of being a stranger to New York may in fact be quite different from Jim's experience. Jim's knowledge of what it feels like to be this particular patient should therefore come from listening to her attentively as well as from being sensitive to nonverbal signs and clues and from making an imaginative leap that will allow him to grasp her specific situation in all of its complexity. This kind of empathic engagement and leap crosses a boundary from self to other. Invoking superficially similar experiences, as Jim did, is perhaps an automatic response but, according to Halpern and others, is inadequate. Physician-scholar Rita Charon argues that the attentive physician performs effective diagnostic and therapeutic work by "emptying the self and…accepting the patient's perspective and stance…allow[ing] himself or herself to be filled with the patient's own particular suffering, thereby getting to glimpse the sufferer's needs and desires" [5].

Jim crossed a personal boundary when he mentioned to the patient that he was, like her, new to New York and that he also suffered from asthma. Some patients may feel more comfortable in the presence of a physician who confides such information; they may feel that their concerns will be appreciated. Other patients may be distracted, even dismayed when a doctor discusses his own medical condition with them. Clearly, caution is the better part of wisdom, yet there may be instances where such personal boundaries can be crossed productively. Physician-writer Rafael Campo describes at length how he, almost without thinking, told a new patient about his own "cancer scare" as he was grasping for a way to tell her that she had a malignant tumor. On the surface, such boundary-crossing seems indefensible, but the full story is more complicated.

I was terrified not of the disease itself but of my inability to confront it with her…it was her simple, strange gesture that saved me. Without warning, she reached out across my desk, and rested her hand lightly on my arm. My left arm. We stayed linked like that for a few minutes, communicating deeply and wordlessly. I felt the terror in her touch, and its gentleness, until it was happening to me, until I rediscovered my own narrative [6].

Campo proceeds to discuss with the patient her malignancy but also relates the story of his own earlier presumptive cancer diagnosis (of the bone on his left arm), later shown to be erroneous. In the process, he talks with her about the importance to him of his poetry writing. Later in their relationship, the patient brings Campo her own poetry—poetry she has written about her illness. Campo concludes that, "[t]he inner resources I believed prejudiciously she might lack on that fateful morning of our first meeting instead turned out to be prodigious, enough to sustain us both" [7].

Campo's story is notable in two respects. First, he responded to an unusual gesture of outreach from the patient. She was sensitive to his predicament and he allowed himself to respond to her compassion by crossing a personal boundary. In confiding his own cancer scare and his way of coping by unleashing an avalanche of poetry, Campo became a fellow sufferer and at the same time gave her an idea that, as it turned out, helped her to live with her situation. Secondly, Campo is aware of the emotional sustenance that he derives from this patient, whom he will accompany in the journey toward her death. The personal boundary that they both crossed has made possible a relationship of mutual nurturing.

This sustenance is mentioned by other physicians who have allowed themselves to become emotionally engaged by patients. "I found…that emotions…are the energy and life of my practice," states Coulehan [8]. "Detachment ought to be avoided because it leads to emotional numbness and a general discounting of the affective life" [1]. Kate Scannell's memoir, Death of the Good Doctor, provides detailed examples of how she changed her entire way of practicing medicine after opening herself up to emotional resonance with the dying AIDS patients in her care, of how she connected with patients, "recognizing part of ourselves in each other, in the territory beyond the conventional borders that tended to define the topography of patient and physician interactions" [9] and of how she came to recognize "the highly interpersonal dimension of medical practice in which patients and physicians mutually affect each other" [10].

Did Jim overstep professional boundaries in an attempt to be empathetic? Yes, probably he did, but was he merely sympathetic rather than fully attentive, emotionally engaged and imaginative in trying to understand this woman's experience of illness? Jim assumed, because superficially he shared experiences with the patient, that he understood what troubled her. He was sympathetic, but it is not clear that he used this emotional resonance to imaginatively uncover the patient's particular experience of asthma (as Halpern recommends) or that he "emptied the self" in order to accept the patient's particular perspective (as Charon recommends). Further, as I hope the above discussion from the field of medical humanities scholarship reveals, hard and fast rules about boundaries do not necessarily foster good patient care or responsiveness to the particular needs of individuals, nor do they take into account the value of emotional engagement for both participants in the patient-physician encounter. 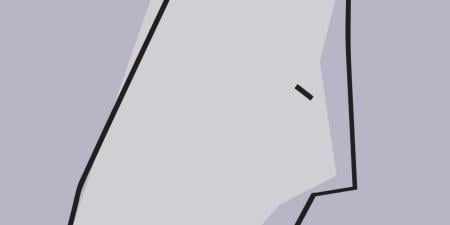 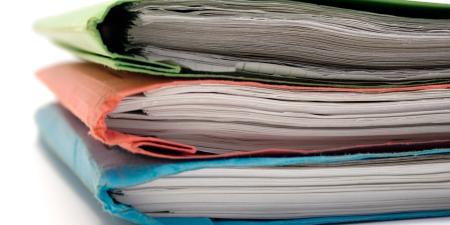