“Is that Mrs. Wilson’s medication list?” Dr. Miller asked the resident, holding up a piece of paper she had found in the chart. It was the first morning of Dr. Miller’s 2 weeks as attending physician on her institution’s hospitalist service. She’d spent some time the night before reviewing the charts of all the patients under her care and gone over their conditions that morning during the handoff from Dr. Jones, the previous attending physician. Now she was meeting them face-to-face. She took a special interest in Mrs. Wilson, an elderly woman with significantly advanced dementia, who’d come to the hospital with pneumonia several weeks before. She’d been treated successfully for the pneumonia, but while she was in hospital, her overall level of functioning had declined.

Where Mrs. Wilson had previously been a kind, if disoriented, woman, she’d become very agitated in the hospital, occasionally acting violently with staff. She’d also developed new pressure ulcers, which were made worse by her agitation: Mrs. Wilson had started rocking herself back and forth in her bed, which made it difficult for the ulcers to heal.

Her agitation made hospital discharge difficult to arrange: Mrs. Wilson would probably need physical therapy at a dedicated rehab facility, but no facility would take her as long as she remained violent and her wounds remained difficult to treat.

In the 2 weeks prior to Dr. Miller’s arrival, Dr. Jones’s hospitalist team had tried to address these problems by instituting a series of measures. First, they’d tried behavioral interventions designed to reduce agitation: letting in light in the morning, encouraging sleep at night, using calendars and clocks to reorient Mrs. Wilson to the current date and time. When these failed, they’d gradually begun to use a combination of antipsychotic and sedative medications, trying several before eventually settling on a combination that seemed to work.

When Dr. Miller began her shift, Mrs. Wilson’s agitation was under good control, and her rocking had subsided. According to her case manager, a rehab facility had agreed to take her sometime in the next several days. But Dr. Miller had just stopped by Mrs. Wilson’s room and didn’t like the looks of her. “She’s snowed. I could barely wake her up,” she told the resident. “And these drugs we’re giving her have been associated with increased mortality in elderly patients. I’m just not comfortable using them without an abundantly clear indication for doing so, and right now I don’t see it. Let’s start decreasing these meds and see how she does.”

Dr. Jones, who was passing by on his way out the door, happened to overhear this conversation, and it made him pause. Should I step in here?he wondered? After all, it’d taken some time to get Mrs. Wilson’s multiple problems under control, and now the medications that’d seemed to be working were going to be discontinued. No, he thought. I’ve signed off. Mrs. Wilson is Dr. Miller’s patient now.

Dr. Miller’s team began to decrease Mrs. Wilson’s sedating medications. Within only a few days, she’d become agitated again and her pressure ulcers had re-opened. Dr. Miller decided they should be brought back up, but by the time they’d taken effect a second time, Mrs. Wilson’s spot at rehab had gone to someone else; she’d now have to wait longer in the hospital for another rehab placement.

This case highlights some of the clinical and ethical dilemmas inherent in patient handoffs. In this scenario, Dr. Jones’s hospitalist service achieved significant improvement in Mrs. Wilson’s condition. When Dr. Miller took over the service, however, she modified the medication regimen based on current medical evidence, which resulted in a clinical deterioration and subsequent delay in rehabilitation placement. This case raises important questions related to communication, the limits of evidence-based medicine (EBM), practice variation, professional responsibility, and culture.

Much has been written on the subject of communication in patient handoffs, especially since the ACGME limited resident duty hours in 2003 [1]. Handoffs are increasingly common in clinical practice, occurring an average of fifteen times during a 5-day hospitalization, with interns engaging in three hundred or more each month [2]. Given the volume, it is little wonder that 60 percent of the time the most important information isn’t communicated [3]. This, in turn, leads to significant clinical implications; studies have shown that 80 percent of serious medical errors involve miscommunication [4].

The question, then, is what information a clinical team must know to provide optimal care for a patient. Not only is it impossible to pass along all accumulated information regarding a patient, it is also not desirable to do so. Too many details can distract the arriving physician from the most relevant issues in a patient’s care. Various methods have been suggested to ensure that all relevant information is conveyed, with perhaps the most common method being the SBAR—situation, background, assessment, recommendation [5]. In addition to “a standardized approach to ‘hand off’ communications,” there also must be “an opportunity to ask and respond to questions” [6]. While the written scenario does not describe the nature of the information conveyed from Dr. Jones to Dr. Miller, clearly the failure of nonpharmacologic interventions to manage Mrs. Wilson’s agitation and the ultimate success of antipsychotic and sedative medications were not included or emphasized.

Without benefit of that perspective, Dr. Miller’s decision to decrease the patient’s sedating medications was reasonable and consistent with evidence-based recommendations. Here, though, one must remember that EBM addresses population-based trends, and even recommendations with a high level of evidence are not applicable in every clinical situation. For while sedative and antipsychotic medications can be associated with increased mortality in the elderly, one could reasonably defend their use in Mrs. Wilson’s case because of the failure of nonpharmacologic measures and the imperative need for physical rehabilitation, which was prevented by her level of agitation. If Dr. Miller had been aware of the specific context—here returning to the fundamental issue of communication—the evidence for weaning those medications may not have appeared so compelling.

This, in turn, raises the question of practice variation. A clinical disagreement about a treatment plan may stem from a legitimate difference of opinion (such as whether one antibiotic has a more favorable side-effect profile than another) or from an error in reasoning (as in the case of recommending an antibiotic to which an identified organism is resistant). The first is a matter of style—upon which competent clinicians may disagree—while the other is one of substance. It is appropriate for clinicians to defer to colleagues who make stylistically different decisions, but substantial errors in treatment must be identified and addressed. In this case, Dr. Jones did not seem to make this distinction, instead deferring to whatever Dr. Miller—in her role as the new attending physician—wished to do.

One might inquire as to the nature of Dr. Jones’s professional responsibility for Mrs. Wilson. It is true, as he noted, that “I’ve signed off. Mrs. Wilson is Dr. Miller’s patient now.” Yet while he is not officially responsible for her care, he could still play an important role, especially if he is privy to relevant information that the current team is not. His refraining from sharing his perspective about her condition would seem to have more to do with his wish not to offend a peer than his concern for a patient whom he had cared for over the past two weeks. Since one of the core components of professionalism is fiduciary responsibility, determined by the needs of the more vulnerable party in the relationship, Dr. Jones should have been more concerned with Mrs. Wilson’s well-being than with Dr. Miller’s feelings.

Finally, this case highlights the importance of culture within a hospital environment. A great deal has been written about this in the nursing literature because, by virtue of shift work, nurses have accumulated more experience than physicians in the area of handoffs. Unlike physicians, nurses typically dedicate time and space to the process of “signing out” patients, as any physician who has attempted to speak with a nurse during change-of-shift will attest. The nursing literature identifies “social and hierarchical problems” as a major barrier to communication [7].

Even though Drs. Miller and Jones are peers (and thus “hierarchy” per sewas not an issue) the culture of their hospital—which seems to preclude an off-duty physician from commenting on the care of a former patient—made it more difficult for Dr. Jones to speak up on the patient’s behalf. Rather than criticizing Dr. Jones personally, it would be reasonable to address hospital culture itself. Ample evidence exists that culture change results in improved outcomes. For instance, allowing interactive questions regardless of role or position has been shown to reduce errors in other fields, such as aviation [8]. If Dr. Jones had felt free to engage Dr. Miller in a collegial conversation focused on optimizing patient care, the initial deficits in communication (which led to an indiscriminate application of EBM and a suboptimal outcome) could have been overcome, to the patient’s benefit.

Ultimately, this scenario highlights the dangers of increasing fragmentation in modern medical care. The ACGME limits residents’ work hours. Lifestyle decisions and reimbursement structures have made the old-style “family physician” who cared for a patient in the office and throughout any hospitalizations a vestige of the past. As handoffs become more and more frequent, optimal communication and collaboration—which may require fundamental culture change within an organization—are increasingly critical if we are to provide optimal care to our patients. 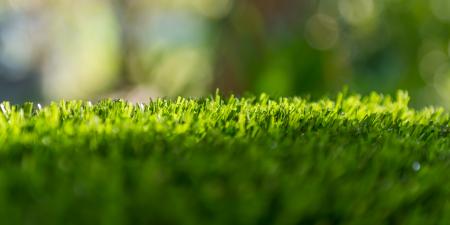