Just a few months into residency, I realized the mutual vulnerability of patient and physician. As a healer, I’ve seen the physical risks faced by physicians fighting the Ebola virus. I’ve also occasionally felt rejected by the ingratitude and hostility of patients or their families. I’ve spent a few nights humbled with failure, questioning my abilities. Yet, what has been most difficult for me is the social context in which we practice our profession. I feel most compassion for the people we often neglect. Illness can be a spiritual event. As physicians, we don’t always pay attention to healing the soul as much as we do to healing the body. Paying closer attention to soul, however, is important, because it can be thought of as the seat of a person’s dignity. Illness and death undoubtedly attack our dignity. The ill or injured are robbed of their control in life. Dignity cries out against that injustice. I’ve learned that I must recognize and protect the dignity of each person. Physicians have a moral duty to help bolster a patient’s dignity, to understand when it is at risk. Too often, a patient’s dignity is not recognized or affirmed.

I remember my first time volunteering in a shelter. I was 15. It was the first time I removed the smelly socks of a homeless person. All the typical assumptions made about people who are homeless suddenly became relevant to me. We were separated by wealth, social power, and opportunity, but I had communicated to this person that he was worthy of my time and service, and, more importantly, I affirmed our equality. Yet, I felt a sense of vulnerability. I feared the possibility of rejection when I first introduced myself to him. Would he feel embarrassed that I was here to assist him? What do we even have in common to discuss? Was this going to be awkward? I was naïve and influenced by stereotypical views of homeless people as filthy, and so I worried I might contract a rare infectious disease by interacting with him. But I sat with him and asked about his story—what his childhood was like, the sports he played, and I learned of his favorite hobbies. We exchanged some words and a few laughs; we shared disappointment about the taste of pizza outside New York City. We spoke as equals. Years later, I recognize the social inequality denying the inherent worth of such people. My morning rounds are shaped by my experiences with those living with HIV, injection drug users, people with disabilities and dementia, and orphans. These are people whose dignity has already been assaulted by the erroneous assumptions we tend to make about them. Now, as a physician, I encounter these patients when they are sick and dying.

It’s night float and my senior resident is quick to tell me that the case of a homeless person with schizophrenia from the streets in New Brunswick is “non-teaching,” that is, will not be assigned to residents. A few hours later, the ER calls again; this time it’s an elderly woman coming in from her nursing home who’s confused. It’s her fourth admission to the emergency department (ED) in the past two months. A few seconds pass. The ED case screener, jaded and fatigued, once again says, “I think I’ll pass this one to non-teaching.” Problematic to me was the assumption, expressed in this statement, that these patients have no teaching value to residents or medical students. This assumption reflects our failure to connect with patients on a spiritual or psychological level. All patients are worth a trainee’s time. All patients are worth every clinician’s time [1].

Patients who are sick need to be treated as persons, a kind of medical practice that acknowledges more than just what’s empirically verifiable through standard measures of medical science. They may seek medical care that doesn’t abandon science but also does not shun the spiritual or psychological dimensions of illness and injury. This ideal is often sought in alternative forms of medical care [2]. Medicine at its worst is a scientific practice untempered by humility and uninspired by awe. It is a blind science that ignores the person’s soul, reducing the patient to a body. Our affliction in medicine is the loss of empathy for our common frailty and humanity. Human beings, body and soul, become sick and die. Medicine is not sometimes an art, and sometimes a science. It is always both art and science.

We might not admit it, but, as physicians, there are always patients whom we do not like. These include the so-called “difficult,” the ungrateful, the noncompliant, the mentally compromised elderly, and the self-abusive. Caring for these patients is hard because it is thankless and often frustrating; we write prescriptions for medications that most likely will not be taken, and practice can feel fruitless. The forces that pushed patients into these situations—poverty, ignorance, and social injustice—seem insurmountable. What can one physician do? Each hospitalization seems like a drop in the sea of insoluble social problems. We do our best, but not always with smiles. Despite technological progress, we neglect the needs of whole persons and limit our attention to the finitude of human bodies. We forget what suffering and death mean and forego our role in offering hope. Illness disturbs more than the internal lives of patients. It disrupts families. It raises serious questions about our collective strengths and weaknesses. For patients, families, and physicians, illness can shatter preexistent methods of coping. The vulnerability, too often, is not shared enough.

There are system practices that try to improve compliance. Social workers now arrange services to help needy patients manage their difficult circumstances. Quality improvement committees meet daily to address pitfalls in care. Yet, despite our best intentions, we know that there are many things we cannot do as individual clinicians. Noncompliance will not be eliminated. Mental illnesses will likely remain untreated. Poverty, ignorance, and social injustice breed so much of the disease we treat [3]. However, beyond our social differences is the way of compassion. Compassion is a deep response to the suffering of another. It is the art of healing. It relates to the core of the person who suffers, understanding the need for care and the sources of vulnerability. It is beyond an empathetic response, attempting to understand or know the suffering experienced by another. True compassion, true healing, can help address mutual vulnerabilities and restore damaged relationships.

A compassionate physician treats the subjective and the objective. Healing is dialectically inclusive [4]. This idea of dialectical inclusivity comes from Hans-Georg Gadamer, who took language to be not just a means to engage with the world, but the very medium for engagement. Applied to healthcare, this idea suggests that we are in the world through being in language, so the delivery of healthcare can be compared to Gadamer’s idea of hermeneutic experience. That is, we must first and foremost treat persons, and also the social wrongs that exacerbate distress and obstruct healing. Allopathic medicine needs to pay closer attention to the nature and scope of healing that patients require. We must offer socially mediated responses to illnesses that go beyond individual cases. The science of allopathic medicine has advanced, but the art has not.

When asked, “Why do you want to be a doctor?,” many of us probably mumble some words similar to our graduation oath. The words spoken might refer to service to humanity, love for people, and a desire to combine scientific knowledge with genuine care for others.

I try to take my oath seriously. I’m encouraged daily by new students filled with idealism, fervor, and zeal.

Caring for patients has not been easy. It’s taxing to mind, body, and soul. But further reflection yields satisfaction in our daily practice. We have the privilege of entering deeply into people’s lives—the darkest secrets and the most private triumphs. We share hope, fear, love, grief, and joy. We are all somebody. Our worth has no price—whether dirty or clean, rich or poor, expected to recover or bound to die, compliant or noncompliant, grateful or ungrateful. I’m reminded of the spiritual resonance of our practice daily by smelly feet.

Medical Student-Run Clinics for the Underserved 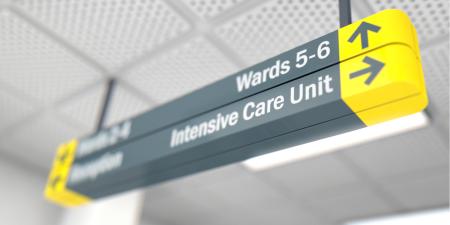 Moving Past Individual and “Pure” Autonomy: The Rise of Family-Centered Patient Care 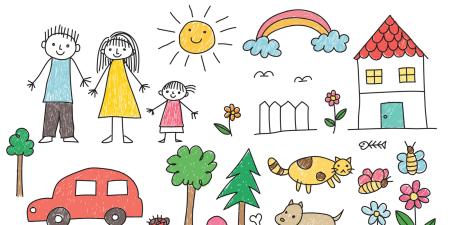 Patient- and Family-Centered Care: It’s Not Just for Pediatrics Anymore 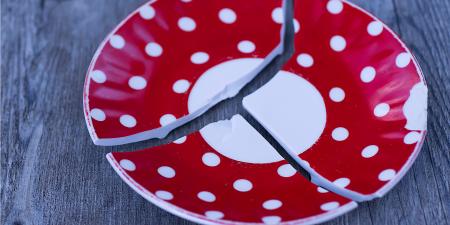