Marketing drugs and devices to clinicians affects their prescribing behaviors, drives up health care costs, and increases risk of harm to patients. This article canvasses what clinicians and health professions students should know about undue influence of drug and device marketing on their practices. It also considers policy changes that would better protect patients and better situate clinicians to care for patients and communities in ways that are ethical, safe, and effective.

This article discusses 4 major impacts of pharmaceutical detailing or lobbying on health care: (a) an increase in opioid prescribing and a rejection of proposed care by insurers, (b) an increase in the cost of care, (c) a discrepancy between disclosure policies and practices, and (d) harms to patients. Changes in policy are imperative to protect patients and lower the cost of care and might include continued enforcement of transparency in disclosure, consideration of new payment models that disincentivize prescription of costlier drugs when other alternatives exist, and the instantiation of independent bodies to review and evaluate evidence of deviations in practice driven by outside influence.

There is evidence that industry payments influence prescribing behavior. A study of 2444 Massachusetts physicians found that 36.8% have received industry payments and, among these, the prescription rate of brand-name statin drugs was 22.8% compared with 17.8% among those not receiving payments.1 Given the increased cost of brand-name drugs compared to generic products, this 5% differential represents many thousands of dollars in payments received. The study furthermore found a 0.1% increase in brand-name statin prescribing for each $1000 in payments received.

The prescription of opioids is similarly driven by drug payments. A 3-year study of more than 860 000 physicians fulfilling Medicare Part D prescriptions found that those who received opioid-specific industry payments prescribed 8784 daily doses of opioids per year more than those not receiving payments.2 Among those approximately 63 000 physicians who received payments in this study, an additional 50 daily doses of opioid prescribed was attributable to a 1% increase in payment.

Measures to reduce the influence of payments on prescribing practice have been promising. One study examined the effect of detailing policies regulating salesperson gifts and access to physicians on prescribing behavior by comparing the prescribing behavior of approximately 2000 physicians in 19 targeted academic medical centers to that of 25 000 control physicians for a 10-to-36-month period prior to the implementation of a detailing policy and then for 12 to 36 months afterward.3 Institutional implementation of a formal detailing policy resulted in a relative 8.7% decrease (an absolute decrease from 19.3% to 17.63%) in market share of detailed drugs vs a 5.6% relative increase (an absolute increase from 14.2% to 15.06%) in market share of nondetailed drugs. Across the board, it appears that those medical centers that have implemented the strictest policies with concomitant means of enforcement have had the greatest impact on reducing opioid prescribing.4

DeJong and Dudley addressed the concern that financial interests of drug companies are driving up market prices to the point at which significant financial hardship to patients may occur. They described this trend as a “financial toxicity” that “can weigh on them [patients] as much as any symptom”:

Pharmaceutical companies… interests may conflict with those of patients.… Drug costs are revenue to manufacturers but out-of-pocket expenses to most patients, many of whom are increasingly struggling to afford their care.… Cost-related medication nonadherence … is likely to worsen as the market share of health plans with large deductibles increases.4

Chen and Vargas-Bustamante similarly speak of the existence of a fundamental conflict between the cost-effectiveness criteria used by public and private insurers in patient treatment and the financial profit goals valued by both pharmaceutical and medical device companies.5 Although there has been a large increase in prescriptions of both branded and generic opioids,6 it is the detailing of branded drugs that has largely driven cost increases.

The Sunshine Act was implemented in 2013 in the United States and requires that all transfers of monetary value to physicians and teaching hospitals in excess of $10 be disclosed by US drug and device manufacturers.7 The American College of Cardiology (ACC) and the American Heart Association (AHA) have published a set of clear guidelines8 to help physicians maintain appropriate ethical relationships in the context of their dealings with industry. The guidelines specifically state that, because clinical practice directives affect a large portion of the population, no relevant financial relationships with industry are permissible among committee members writing the guidelines.

The pharmaceutical industry reportedly spends some $19 billion per year “establishing and maintaining” relationships with physicians.

Another investigation examined 125 National Comprehensive Cancer Network guideline authors and found that 86% reported at least one significant financial conflict of interest, with 84% of guideline authors receiving general payments averaging slightly in excess of $10 000.7 Thirty-nine percent of all authors accepted general payments in the absence of research payments.7 Such research payments—received by 47% of authors and averaging approximately $236 000— although ostensibly serving the function of advancing both science and patient care, are not completely without concern:

While these [research] payments support investigation and are often paid to the physician’s institution, physicians accrue other, indirect benefits by procuring outside research funding. Therefore, research payments as well as general payments have the potential to create conflicts of interest.7

Recent studies have demonstrated an association not only between pharmaceutical marketing and increase in prescriptions, but also between marketing and patient harm. A 21/2-year survey found that 434 754 payments of nearly $40 million in nonresearch opioid marketing were made to 67 507 US physicians between 2013 and 2015.10 Opioid overdose mortality was associated with marketing, with the strongest mediating effects of marketing based on the number of physicians receiving payments rather than the dollars per capita spent.10

The pharmaceutical industry reportedly spends some $19 billion per year “establishing and maintaining” relationships with physicians, one consequence of which might be the promotion of certain drugs with lower therapeutic potential compared to those that might be more cost-effective.5 Although some have claimed that randomized controlled trials (RCTs) are necessary to demonstrate harm as a function of physician-industry relationships, Goldberg argues, based on the precautionary principle, that a large amount of uncertainty about the causal relationship between an intervention and its effect does not invalidate justification for public health measures intended to protect patients from harm.11 Justifying the need for measures designed to protect the public health from damaging agents, Goldberg states: “If the justification for intervening in the name of public health rests on the production of causal evidence via RCTs, the vast majority of public health actions past and present are unjustified.”11

Traditional evidence-based practice of medicine is predicated upon providing benefit to the highest number of patients while simultaneously maintaining the lowest risk. The benefit-risk ratio is maximized by treating patients with the worst symptoms and highest risk from a disease and thus with the most to gain from a drug or intervention and the least to lose by adverse reactions. Brody and Light examined the inverse benefit law, which states that “the ratio of benefits to harms among patients taking new drugs tends to vary inversely with how extensively the drugs are marketed.”12 Because new drugs are only recommended for a small subpopulation above the evidence-based threshold (the area to the right of the vertical line X in the Figure), the marketing strategies of drug companies attempt to increase the number of people for whom the drug is recommended (the area to the right of the vertical line Y in the Figure). The result of this leftward shift of the vertical line in the Figure is to simultaneously increase a drug’s market share and create a larger population at risk of adverse drug reactions to the right of the vertical line by raising the number needed to treat for one patient to benefit from a given drug or intervention.12

Figure. Distribution of Disease or Risk Factors Within a Population

There are several interventions that might serve to change physicians’ prescribing behaviors and provide an increased margin of safety and cost control for patients at risk. Practices such as full transparency in disclosure of physician-industry relationships, measures aimed to disincentivize prescription of costly brand-name drugs when generic equivalents are equally effective, and the creation of independent bodies to review and adjudicate conflicts of interest would all serve to alleviate some of the difficulties described above. The institution of mandatory-access prescription drug monitoring programs (PDMPs), or electronic database registries using both physician and pharmacy data to track controlled-substance prescriptions, has been found to be significantly negatively associated with receipt of opioid-related payments to physicians.2 DeJong and Dudley have also suggested the need for separate groups without conflicts of interest to provide product education in an effort to increase transparency.4

Other solutions that have been proposed include a Centers for Medicare and Medicaid Services (CMS) “one-stop shop” website with complete clinician-industry relationship information,13 “coordinated cases” whereby insurers develop formulary lists with reasonable copayments after negotiation with the pharmaceutical industry,5 an increase in regulations to limit industry advertisement,5 restriction of guideline writing to groups demonstrably free of industry influence,12 and setting up clinical trials independently funded and designed with a primary emphasis on safety and efficacy.12

Relationships between physicians and industry present a delicate and often difficult dilemma. Supporters argue for the educational value of such relationships to physicians and, for those engaged in research, important funding to carry out studies. The associated effect of these relationships, however, is often problematic. Undue influence on prescribing behavior with a concomitant increase in costs has been demonstrated. Particular attention needs to be paid to these relationships—particularly in the case of clinical practice guideline committee writing members—due to their wide-ranging downstream effects. There exists a need for stronger, enforceable guidelines and restrictions to prevent the harmful effects on patients that might ultimately result when these relationships are not well defined and limited. 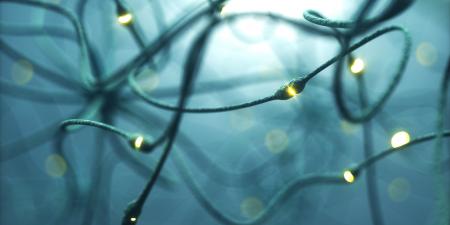 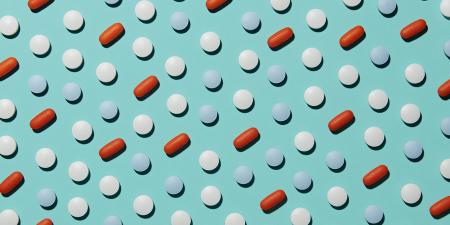