We’ve all seen them. Every time you turn on your television, open up a magazine, or head to WebMD during a hypochondriac episode, there they are: glossy advertisements for countless prescription drugs that promise the possibility of relief from whatever ails you. Whether their messaging takes the form of a honeybee with a Castilian accent who’s concerned about your nasal allergies, or a group of stylish young women—one of whom always seems to be a physician—talking about fertility control over fluorescent cocktails, these informational vehicles drive home a single, uniform message: “If you suffer from [insert any condition], talk to your doctor about whether [insert any drug name] is right for you.”

Direct-to-consumer advertising (DTCA) is a promotional cornerstone for drug companies who are introducing novel and revamped therapies to the American public and wish to boost demand for their products. And DTCA is, at times, a useful avenue for consumers plagued by illness and anxious to learn about unexplored treatment options when existing drug regimens have not provided reprieve from their sickness and discomfort. The regulatory framework that defines the restrictions on pharmaceutical marketing tactics has changed considerably over several decades. This article briefly examines the evolution of DTCA oversight in the United States, elucidating how the modern-day legal schematic for regulating DTCA, on television in particular, came into being. It then touches on the continuing controversy surrounding DTCA in the sphere of prescription drugs and why DTCA proponents and opponents both have defensible arguments.

The Wild West (and East). Drug makers have been advertising their products directly to the public for as long as the practice of medicine has been in existence. In the United States, starting in the eighteenth century, it was commonplace for newspapers to run advertisements for patent medications—chemical compounds and concoctions that had little-to-no curative effect—that were paid for and pitched by medicine companies and supposed physicians [1, 2]. In fact, by the early 1800s, patent medicine DTCA was so lucrative that newspapers received most of their advertising revenues from these medicine manufacturers [1, 2]. Knowledge about the effectiveness of these touted cure-alls was nonexistent, however, given that they were disseminated in an environment where drug makers had no legal obligation to prove the accuracy of their product claims [3]. The drug market was an untamed frontier where medicine men entranced the public with the promise of miracle snake oils [3].

Because of the regulatory vacuum in which drugs were created, marketed, and sold to the public, the federal government had little ability to screen effectively for harmful items being introduced into commercial streams. In 1906, Congress passed the Pure Food and Drug Act in an attempt to fill this void [4], yet the statute proved largely impotent in shielding consumers from innocuous and even dangerous chemicals because it did not require that manufacturers prove a drug’s effectiveness and safety [5]. Furthermore, the 1906 act only regulated labels, not advertising [5].

Decades of legislative reform. In 1938, Congress enacted and President Franklin D. Roosevelt signed into law the Food, Drug, and Cosmetic Act (FDCA) [6], which to this day serves as the foundational legal authority for protecting the safety of food, drugs, and cosmetics in the United States and charges the U.S. Food and Drug Administration (FDA) with the enforcement of these laws [7]. The act gave the FDA control of drug labeling and the power to require that all drugs be screened and approved for their safety [3].

Advertising for drugs was deemed an entirely different issue. Considered to be a matter of guarding against consumer fraud, oversight of drug marketing was placed in the hands of the chief federal agency charged with consumer protection enforcement, the Federal Trade Commission [5].

Over the next several decades, Congress recognized the distinction between over-the-counter medications and prescription drugs and, via the 1962 Kefauver-Harris Drug Amendments [8], authorized the FDA to regulate prescription drug marketing, while keeping over-the-counter drug advertising under the control of the Federal Trade Commission [1, 3, 8]. Through the 1962 Amendments, two requirements were set forth for prescription drug ads: (1) a drug advertisement must have a “summary” describing a drug’s side effects, contraindications, warnings, and directions for use, and (2) the advertisement, as a whole, must provide a “fair balance” of information about a drug’s effectiveness, safety, and risk [1, 3, 8].

Given the paternalistic nature of the physician-patient relationship until the mid-1980s, DTCA was primarily geared toward physicians [3]. Drug companies simply advertised their drugs to doctors who, in turn, told their patients what drugs to take [3]. The commercial behavior of pharmaceutical companies began to shift during the 1980s, however, as manufacturers couched their desire to reach the American public in terms of educating consumers about the drugs they were taking and empowering patients to become active, informed medical decision makers [1]. Wary of these rationales, the FDA told drug companies that they would have to abide by the 1962 Amendment requirements, including a “brief summary” of a drug’s side effects, effectiveness, contraindications, and so forth in order for DTCA to be placed in the mainstream media [1, 3]. While such a condition may not sound harsh, the FDA’s pronouncement was seen as particularly onerous by the medical industry because a 30-second television commercial was simply inadequate for drug makers to convey lengthy and scientifically complex information about prescription drugs to the public [1]. In 1997, following considerable debate within the medical industry and among regulators, the FDA held a public hearing on the matter and set forth a final determination on what DTCA actions were allowed by drug manufacturers [9]. The marketing rules laid out in that determination were finalized in 1999 and guide DTCA practices today.

Based on the FDA’s final guidance on DTC broadcast advertisements, drug makers must provide the name of a drug, the conditions it treats, and the risks associated with taking it, referred to as the “adequate provision requirement” [9]. There is considerable flexibility, however, in how this risk information can be conveyed. Drug manufacturers must still disclose all of the important risks in a product claim advertisement, but they need not provide all of that information in a single commercial segment [9]. Instead, they can list additional resources where people can obtain more information about the drug. Such informational vehicles include toll-free phone numbers, websites, or referral to physicians or pharmacists who people can consult about whether a drug is appropriate for them [9]. Finally, under current federal law, manufacturers are not required to seek preapproval from the FDA before a DTCA campaign is launched [3]. Instead, drug makers must only provide advertising materials when a drug reaches the marketplace [3]. Despite what the law requires, data suggest that many companies submit their advertising campaigns for FDA approval before making their drugs available to consumers to establish good rapport with the agency and the public [10].

The Practical Impact of DTCA Laws

As federal law governing DTC drug advertising has evolved over the last century, the presence of these campaigns has increasingly become a salient feature in the lives of Americans who turn on their televisions to watch a reality show, only to be bombarded with drug commercials about managing Crohn disease. The renewed impetus behind DTCA was supposed to endow average consumers with an ability to make better choices about what drugs they wanted to treat their health conditions and, overall, create a healthier nation. But what has actually come about from DTCA remains an open point of contention among policymakers, scholars, and medical professionals.

In favor of DTCA. Those in favor of DTCA have spoken to the promise of having an informed and healthy population, touting DTCA’s ability to give consumers access to multiple sources of health information and encourage patients to explore a much wider range of treatment options than simply relying on information from their physicians [11]. Proponents also claim that patients who have a bounty of health information at their fingertips are more likely to seek the advice of their physicians [12] and approach their doctors about conditions they may have neglected to bring up in previous appointments [13]. Some data suggest that these claims are true. In a 2004 survey conducted by the FDA, 53 percent of physicians said that, because of DTCA, they engaged in better conversations with their patients about medical treatment options and noted that their patients asked more thoughtful and educated questions relating to their medical care [13]. Other proponents argue that DTCA may reduce underdiagnosis and undertreatment of some conditions [14], help to reduce the stigma associated with some illnesses [15], and possibly encourage patients’ adherence to their current treatments [16].

Not in favor of DTCA. Critics of DTCA efforts contend that these marketing tactics increase the rates of clinically inappropriate prescriptions; doctors, they claim, are prompted by patients to prescribe medications that offer little, if any, benefit [14]. Indeed, several studies have in fact demonstrated that physicians are more likely to fill DTCA-triggered patient requests for medications deemed medically inappropriate, often in an effort to accommodate patient preferences [14]. An additional concern pertaining to DTCA is that it can lead to the medicalization of nonmedical conditions and subsequently result in unwarranted diagnoses [17]. Several scholars have argued that mass marketing has medicalized symptoms not previously associated with illness and created novel conditions, such as overactive bladder or social anxiety disorder, for which DTCA drugs are positioned as the prospective remedy, ultimately promoting the pharmaceutical industry rather than the public’s health [18, 19].

DTCA has existed in some form or another for several centuries, and it will clearly be a contentious topic for lawmakers, drug companies, physicians, and patients to battle over as the delivery of health care and the role of patients evolve in the coming decades. The laws that currently determine just how consumers are exposed to DTCA have given drug makers greater leeway in how they reach their audience, allowing them to target prospective “customers” by beaming ads directly into their homes. Such access has had a profound impact on the provision of medical care in the United States. Pharmaceuticals will always have a place in the life of the American patient, but how the patient is introduced to those drugs will continue to be reimagined and refined as the boundaries of DTCA are nudged forward with each new drug and television commercial. 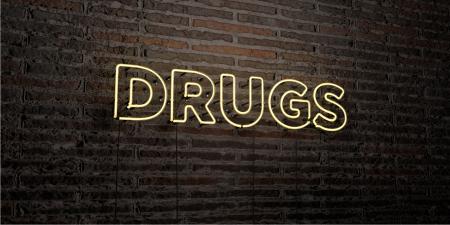 The Role of Direct-to-Consumer Pharmaceutical Advertising in Patient Consumerism 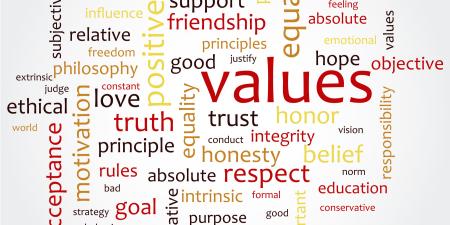 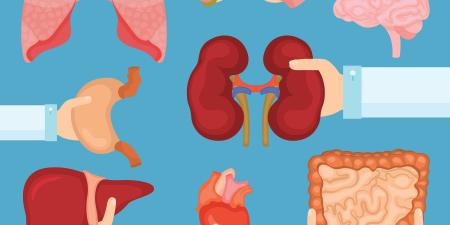