As physicians, we have a crucial role to play in promoting human rights. Such rights, as enunciated in the Universal Declaration of Human Rights, include fundamental civil and political rights—the right to free speech and the right not to be tortured—as well as social and economic rights, including a right to health and health care [1]. Our knowledge, expertise, and contact with patients—especially those from vulnerable populations—position us to be involved in advocacy efforts for policies that promote human rights at the local, national, and international levels.

Health and human rights are interrelated. When human rights are promoted, health is promoted. When human rights are violated, there are devastating health consequences for both the individual and the community. Implicit in the concept of human rights is the principle of the dignity and worth of every human being. Health is a critical element in sustaining human dignity. Historically, in medicine and in medical education, we have all too often focused solely on a disease-oriented model of health and illness. By considering the interrelationship between health and human rights, we are challenged to examine health within a broader context, such as that reflected in the World Health Organization's definition of health as a "state of complete physical, mental, and social well-being" [2].

My own introduction to the relationship between health and human rights came in 1985, when, after completing my second year of medical school at NYU, I spent a year working as a medical volunteer in a refugee camp along the Cambodian-Thai border. The squalor of the camp was a breeding ground for typhoid, cholera, and other infectious diseases. While it was certainly fascinating to see patients with diseases that I had only read about, I came to appreciate that there was much more to understanding health than what I had learned in pathology. The hundreds of thousands of Cambodian refugees in those camps weren't there because of natural disasters but because of wide-scale human rights abuses. Virtually every Cambodian I worked with recounted horrific stories of brutality; many had witnessed the slaughter of family members. Wherever you looked in the camp there were men, women, and children who had lost their limbs to land mines. This misery was not a tragedy of nature but intentional human-made suffering.

After my experiences in the refugee camp I returned to NYU and Bellevue Hospital to complete my medical studies. Bellevue is the oldest public hospital in the United States and has taught me a great deal about the relationship between health and human rights, including the importance of insuring access to health care. Another formative experience for me concerning the relationship between health, human rights, and advocacy occurred when I was a fourth-year medical student. I had the opportunity to sit in with one of my clinical instructors, a member of Physicians for Human Rights (PHR), who was preparing a medical affidavit for a torture victim applying for political asylum. The patient was a student from an African country, who was arrested after organizing a peaceful demonstration to criticize the government. He was interrogated about who his collaborators were, and during this interrogation he was repeatedly beaten, kicked, and burned with a lit cigarette. He still had scars from the burns and nightmares from the screams of his friends who were also tortured. I remember asking him "What will happen if you are sent back?" "Then I will surely die," he said.

But fortunately, perhaps in part because of the medical affidavit we wrote on his behalf, he was not sent back and was granted political asylum. At the conclusion of his asylum hearing, which we attended, he said to us "You have given me back my life."

These and other experiences have taught me about several critical roles health professionals can and must play in advocating for human rights. Physicians must take a role in the identification, treatment, documentation, and education about the abuses of human rights.

In clinical medicine, it is said that in order to make a diagnosis, you first have to think of it. You have to recognize that a patient may be suffering from abuse before you can properly treat him or her. For example, perhaps the sleep difficulties that a patient from the former Yugoslavia is experiencing are a result of the recurrent memories and nightmares of atrocities he witnessed there. Another example might be a woman who presents with stomach aches. Does she need an upper GI series or is her real health concern the fact that she is being battered by her husband and the stomach pains are somatic manifestations of this? Domestic violence is tragically all too common. Two to 4 million women are physically abused every year in the United States by their spouses or partners. An estimated 10-30 percent of all women will be assaulted by a partner in their lifetime [3]. Such human rights-related problems will only come to light through effective and empathic communication.

A crucial part of medical education is to explore opportunities to assist local communities and work with vulnerable populations, which can lead to important advocacy opportunities. For example, at NYU and many other medical schools across the country, there are student-run free clinics. Students have also taken the lead in a number of community outreach programs including vaccination and needle exchange programs.

In recent years I have spent a great deal of time working and advocating for a group for survivors of torture. In 1995, I founded the Bellevue/NYU Program for Survivors of Torture. Since our program began, we have cared for more than 1,000 victims of torture and refugee trauma from over 60 different countries. Torture continues to be routine in more than 90 countries around the world, and it is estimated that as many as 300,000 survivors of torture now live in the US [4]. Fortunately, there are now more than 20 specialized centers throughout the United States providing care for torture victims.

Physicians have a critical role to play in documenting the health consequences of human rights violations. For example, appropriate documentation of domestic violence and child or elder abuse can be used to hold the abusers accountable for their actions and help ensure the safety of the victims. Organizations such as PHR and Doctors of the World have networks of health professionals who volunteer to conduct forensic evaluations of torture victims applying for political asylum.

Physicians can also apply research and epidemiological skills in documenting human rights concerns. I have had the opportunity to participate in many human rights investigations both domestically and abroad. For example, in 1992, I worked on a survey in Cambodia examining the medical and social consequences of land mines among civilian populations [5]. This information was used as part of a body of evidence documenting that land mines pose an unfair burden on civilians. In 1999, during the Kosovo crisis, I worked with PHR on an epidemiological survey in the refugee camps of Albania and Macedonia, documenting patterns of human rights abuses among Kosovar refugees [6]. The information we gathered was important in documenting the magnitude of the human rights abuses there and also serves as evidence in future international tribunals.

An important component of advocacy is education. It is critical that we, as physicians, educate ourselves and our colleagues, our elected representatives both locally and in Washington DC, and the public about health and human rights issues. Never underestimate the impact you can make by speaking up nor presume that if you don't speak up someone else will.

For example, The International Campaign to Ban Landmines, in which many health professionals have played a critical role, has garnered tremendous support in the last few years. As a result of this campaign more than 130 countries have agreed to a ban on the manufacture, distribution, and use of these cruel weapons [8]. That our own country has not yet signed this treaty is an outrage and reminds us that advocacy efforts still have plenty to do here in the US. The fact that more than 43 million Americans remain without health insurance [9] is another advocacy priority for physicians here in the US.

Learning the proper tools for advocacy is essential. Last year, we developed a seminar at NYU School of Medicine on advocacy in medicine in which students honed advocacy skills such as how to write position papers, effectively communicate health concerns to policy makers, and utilize the media to get the message out. Similar seminars are taught at several other medical schools around the country. The Soros Advocacy Fellowship provides support for physicians to further develop their advocacy skills [10].

In order to effectively advocate, it is critical to have a network of support, rather than working in isolation. Participation in organizations such as student chapters of the AMA, the American Medical Student Association, PHR, Physicians for a National Health Program, and other organizations offers important opportunities to be effective as advocates. In recent years, for example, PHR has organized advocacy trips for medical students to go to Washington, DC to meet with legislators about issues including landmines and the need for increased funding for AIDS treatment internationally.

In my work with torture survivors and other advocacy work, I am certainly reminded of the darker side of humanity and the potential for cruelty in this world. But I am also reminded of the extraordinary resilience of the human spirit. Participating in advocacy work will make the practice of medicine more enjoyable and rewarding and offer important contributions towards promoting the health of our society. 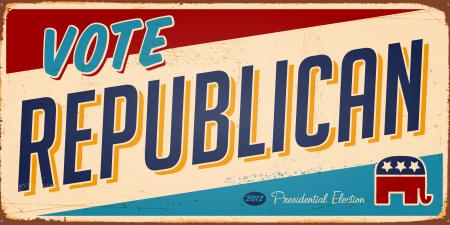 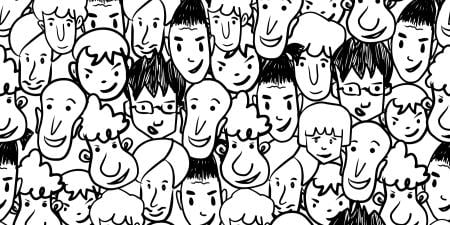