Accurate statistics on the epidemic are hard to come by. The reporting system is getting better, but probably still under-reports. The United Nations Agency on AIDS [UNAIDS] provides the most comprehensive data. Their January 2001 data estimate a total prevalence of 25.3 million infected people living in sub-Saharan Africa, an estimate that represents 80 percent of all HIV+ persons in the world. The new case rate for 2000 was 3.8 million, down from 4 million new cases in 1999. In 8 countries in the region, at least 15 percent of the adult population is infected with the virus. Botswana, where the prevalence is estimated to be 35.8 percent of the adult population, has the worst statistics. The statistic that strikes me hardest is the estimate that 1/3 of all 15-year-olds in sub-Saharan Africa will die from complications of AIDS. The infection rate in teenage girls is 5 times higher than in teenage boys, although the boys begin to catch up during their 20s.

The economic impact is catastrophic. Sub-Saharan countries spend about 2-3 percent of their gross domestic product [GDP] on HIV / AIDS, in spite of the abysmal lack of treatment opportunities for most HIV+ Africans. The total spending on health in these countries averages only 3-5 percent of GDP. Dollars spent on HIV / AIDS tend to go for treatment in the later stages of the disease process. In Kenyatta Hospital in Nairobi, a large public hospital run by the government, 40 percent of all occupied beds are devoted to treatment of HIV / AIDS patients. In Burundi, that figure rises to 70 percent of the beds in the Prince Regent Hospital in Bujumbura. Since the disease strikes hardest during the working years, the loss of manpower extracts a heavy toll on the country's economy and productivity. UNAID estimates that in South Africa, as the disease progresses in the infected population, the total GDP will be reduced by 17 percent, which amounts to $22 billion (US) wiped out of the economy annually.

The personal suffering is immeasurable. No one is unaffected by the impact of a family member, neighbor, or friend who has the disease or has died from it. The Peace Corps volunteers report a funeral a week—at least—in most villages, with the causes of death avoided in hushed tones. A walk through any African village on market day is a sobering experience. Emaciated women try to sell their wares while succumbing to the wasting process of AIDS. Men with oral thrush, thin arms, and probable dementia stand idly by. The elderly, who passed through their sexually promiscuous years before the epidemic, seem to take on a larger daily role. The specter of the children is the most horrific. Thin faces with no hope in their eyes stare at life passing them by. The number of orphanages dedicated to abandoned children is growing. The traditional tribal family structure is overwhelmed and can no longer take in additional children from relatives who have died or are dying.

As I see it, there are 2 reasons that the epidemic has gotten so far in sub-Saharan Africa. One is the virulence and effect of the virus on the basic body defense system. The multitudes of infectious diseases that abound in Africa make immuno-compromised persons easy targets. The more important factor, however, is the nature of transmission via sex. Many cultural beliefs and practices in Africa contribute to the easy transfer of the virus through sex. As I listen to rural men talking, I become aware of some of these beliefs. For example, many believe that if a man has sex with a virgin girl, he will be cured of the disease. Women are much more vulnerable in this culture. The process of improving their status and rights has only begun. Many men still believe, as did their fathers and grandfathers, that it is a man's right to have sex with whomever he wants. Women are often looked upon as property. The dowry or payment to the woman's family or tribe "buys" the women for the man's family. If the man dies, a brother or other man of the husband's family can then claim the woman. Women have little capability to resist the sexual advances of the men of the community. Thus, the 5 times higher rate of HIV infection in teenage girls.

In spite of the huge economic impact and human cost, there is hope. The human spirit is amazingly resilient. I recently attended a "conversion" party at a Nairobi orphanage. Children born to HIV+ mothers carry the mother's antibodies to HIV and therefore test positive, although they may not be infected with the virus. As they clear the maternal antibodies, they sero-convert to negative status, and the nurses and caregivers celebrate. There are some encouraging signs that inroads are being made on the disease. In Uganda, often referenced as a country on the right track, the estimated prevalence rate of HIV+ persons was down to 8 percent in 1999 from a peak of 14 percent in the early 1990s. Most African governments now acknowledge the AIDS epidemic and support or at least allow prevention programs. Billboards, TV commercials, and hastily drawn signs promoting use of safe sex practices abound. The strong oral tradition in Africa expresses itself in effective messages from traditional community theatre. Such theatres are increasing in number and influence.

There are things that can be done. In Uganda's success story, 2 two factors contribute to the reduction in new cases. The first and more important is the growing acceptance of condoms, now readily available in the most remote villages, and the continual message from media and oral tradition messengers re-enforcing their use. The second factor is the increasingly availability of low cost, community-based testing centers. The development of these centers was supported by international aid money. Its donors were smart enough to use community groups to develop and run the testing and counseling centers. The contrast between the lack of hope in villages in Kenya and the heartwarming support and optimism displayed in the community testing centers in Uganda is impressive. I really do not think the epidemic will be stopped in Africa until an effective vaccine is found. In the interim, however, there is much that can be done.

The HIV / AIDS epidemic presents several treatment dilemmas. A major controversy exists, for example, regarding the use of anti-retroviral drugs. They are readily available in Africa, but at a price far beyond most people's ability to pay. If the struggling government health systems tried to buy the drugs needed, even at so called "cost," it would literally bankrupt the system and probably the country. One can argue on the side of a moral imperative to treat, but the reality is quite different. A better use of money for medications would seem to be the relatively cheap antibiotics available to combat and help prevent the secondary infections. Readily available generic antibiotics would go a long way toward reducing 2 of the biggest killer infections: TB and pneumocystis carinii pneumonia (PCP). The retro-viral drugs could best be used in reducing HIV transmission from mother to infant through maternal treatment prior to birth. Pre-natal retro-viral treatment could reduce the infection rate in newborns by an estimated 50 percent.

Breast feeding by HIV+ mothers is another dilemma. It is known that breast milk carries the virus. The rate of untreated maternal-child transmission of the virus in Africa varies from 25-45 percent depending on the population. This is much higher than in industrialized countries where the untreated rate is estimated at 15-20 percent. US studies have shown that breast feeding by an HIV+ mother raises the risk that the child will be HIV+ by 14 percent. Two studies in Africa have shown that breast-feeding raises the rate of children who are positive to 50 percent. On the other hand, if the child does not breast feed, then he or she is exposed to the numerous bacteria and parasites in the usually untreated water supply. Several studies have shown as high as a tripling of the infant death rate in children who are not breastfed. The current WHO recommendation recognizes this dilemma and advises HIV mothers to breast feed their babies for 6 months and then wean them from breast milk. This seems like a reasonable compromise.

In no way do I mean to minimize the effects and suffering in the US from the HIV virus. However, the impact on daily life is of such a greater magnitude in Africa that it is incomprehensible without actually being in the center of it. To paraphrase Yoda of the Star Wars series, "There is a grave disturbance in the galaxy." We all must find some way to contribute to combating this modern plague. 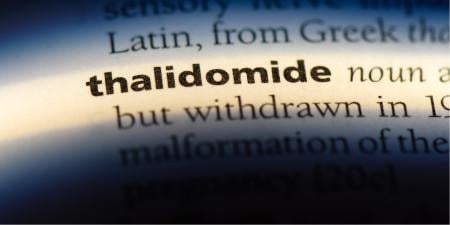 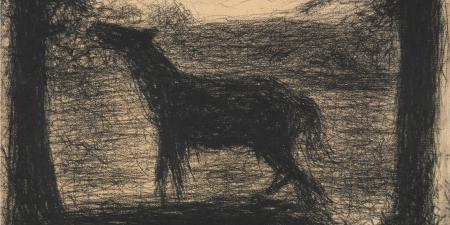 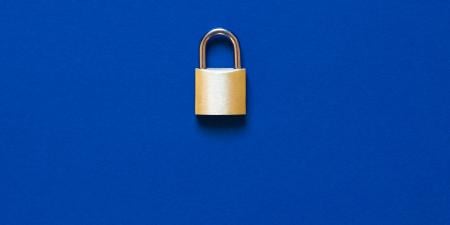