Tori Stitt has dedicated most of her adult life to the armed services. After attending college on a Reserve Officers’ Training Corps scholarship, she was commissioned as a naval officer and accepted a position working on a guided-missile destroyer [1]. Due to the familiarity she developed in working with the sophisticated electronic equipment, she was recruited to join an army battalion in Iraq, where her technical skills would be used to remotely detect or jam roadside bombs. Although Tori was excited about the opportunity to be so close to combat, her experiences left her traumatized. Amidst the chaotic episodes of exploding bombs, enemy fire, and tense bomb-search patrols, Lieutenant Stitt found herself frozen with terror and confusion, and, within in a few months, toughened and exhausted. While in Iraq, Tori began having nightmares and problems sleeping, withdrawing from others socially, and, soon, drinking to cope with her psychological issues. Upon returning to the United States when her tour of duty was over, her drinking intensified and her mental anguish grew so great that she began contemplating suicide.

Treatment for her substance abuse and for her posttraumatic stress disorder (PTSD) helped Lieutenant Stitt to regain some semblance of control over her life, but she continued to struggle with nightmares, flashbacks, and social isolation. In search of another outlet to help her cope with her ongoing problems, she sought relief through a tried-and-true resource: a dog. This was not simply any dog, however; this was a trained service dog, a golden retriever named Devon that Tori procured from a local service dog organization for $3,000. Devon has been immensely beneficial for Tori, who notes, “It doesn’t matter what bad things are going on, I can pet Devon, give him a hug, and they turn around 180 degrees.” When Tori is nervous or anxious, Devon stands close to her or places his paw in her lap. Should she thrash about in her sleep because of a nightmare, Devon wakes her up by licking her face. And because he is a dog, Tori has to take Devon for walks, which forces her to leave her home and, on occasion, interact with people.

Hundreds of thousands of veterans who have served in the most recent wars in Iraq and Afghanistan are returning from their tours of duty with myriad physical and mental injuries that have reawakened the public’s consciousness of the long-term consequences that combat can have [2]. Whether the injury sustained is from shrapnel, a roadside bomb, or witnessing carnage, the pain and suffering of servicewomen and men is real and, for many, chronic. But the relief available is not necessarily the same for all veterans, particularly when it comes to the rehabilitative care offered by service dogs. Veterans who return home with physical impairments that hamper their mobility have the opportunity to obtain service dog benefits (which include financial assistance with veterinary expenses, the costs for obtaining and training a dog, and the costs of equipment required for the dog to perform its tasks) covered by the United States Department of Veterans Affairs (VA). Yet for those veterans whose injuries are psychological in nature, no service canine benefits are bestowed by the VA. I will discuss just how and why this inequality exists in federal law and the actions being taken both within the federal government and outside of the political arena to address it.

Service Dogs and the VA

PTSD is a psychological response to extreme trauma that involves long-term, persistent changes in mood (generally depressive), behavior (often aggressive), and experience (flashbacks, nightmares, and intrusive thoughts) [3-5]. The VA uses a variety of treatment methods to help veterans deal with PTSD, much of it focused on forms of cognitive behavioral therapy (CBT), in conjunction with antidepressants, group therapy, psychodynamic therapy, and family therapy [6]. In recent years, however, veteran advocacy organizations, service dog organizations, and mental health advocates have come out strongly in favor of using service dogs not only to provide veterans with companionship in facing the daily challenges of their postmilitary lives, but also to aid in their ongoing recovery from the traumatizing consequences of battle [1, 7, 8]. The VA itself alludes to the benefits for veterans dealing with PTSD of having a (nontherapeutic) pet dog, noting that dogs may help a cautious veteran to interact better with strangers or deal with crowded public spaces while providing him or her an opportunity to experience and express love and to oversee an animal’s training [9]. But when it comes to service dogs, the VA does not necessarily endorse their use, and the reasoning for this lies within the legal framework guiding veteran rehabilitation via service animals.

Restrictions on conditions for use of service dogs. The VA has been providing service dogs for veterans since 1958, beginning with the need of blind veterans for guide dogs to assist their mobility [10]. In 2002, access to service dogs was granted for veterans who were hearing impaired or who had “spinal cord injury or dysfunction or other chronic impairment that substantially limits mobility” [11]. And in 2009, Congress gave further power to the VA to provide “service dogs trained for the aid of persons with mental illnesses, including post-traumatic stress disorder” [12]. In 2012, however, the VA, using the rule-making authority granted it by Congress, ultimately promulgated a final rule that restricted service dog provision to “veterans with visual, hearing, or substantial mobility impairments” [13].

Discrimination? During the rule-making process, which was open to public comment, the VA received considerable feedback from those concerned about the exclusion of service dog benefits for mental illness. Commentators characterized the denial as unlawfully discriminatory because it treated veterans with mental health impairments differently than those with physical impairments [13]. They argued that this differential treatment violated section 504 of the Rehabilitation Act of 1973, which states: “No otherwise qualified individual with a disability in the United States…shall, solely by reason of her or his disability, be excluded from the participation in, be denied the benefits of, or be subjected to discrimination under any program or activity receiving Federal financial assistance” [14].

The VA disagreed with this argument. In countering the claim of discrimination, the VA argued that not providing service dog benefits for those with mental illness did not violate the Rehabilitation Act [13]—quite the opposite, in fact. The VA stated that it provides benefits not for particular conditions but for particular purposes, i.e., “to help a veteran manage a visual impairment, a hearing impairment, or a chronic impairment that substantially limits mobility,” and that all veterans receive equal consideration for service dog benefits [13]. Should a mentally disabled veteran have trouble seeing, hearing, or getting around, he or she could very well qualify for a service dog through the VA.

Great need, but little evidence. The VA’s reason for not covering service dogs for mental health disabilities is that the agency follows an evidence-based model [15] and published studies or sound clinical evidence supporting the mental health benefits of service dogs is lacking [13]. The testimonials of veterans with PTSD whose lives have been dramatically transformed thanks to the camaraderie and care of a service dog are powerful stories of health and healing. Yet these beneficial experiences, at present, have been supported by anecdotal rather than scientific evidence.

This lack of empirical evidence is not for lack of effort. The VA actually has been working to obtain scientific evidence of the benefits of service dogs for veterans suffering from mental health problems for several years. In 2009, swayed by the personal story of an Iraq war veteran whose service dog helped him overcome PTSD, Senator Al Franken of Minnesota looked into the potential benefits that service dogs can bring to psychologically injured veterans [16]. When he found that research was scarce and that, for most veterans, service dogs were financially inaccessible without monetary support [17], Franken and Senator Johnny Isakson of Georgia introduced the Service Dogs for Veterans Act, calling for a “three-year study to assess the benefits, feasibility, and advisability of using service dogs for the treatment or rehabilitation of veterans with physical or mental injuries or disabilities, including post-traumatic stress disorder” [18].

The implementation of the study, however, has been hampered by numerous setbacks. The research methodology originally included three service dog providers, but by 2012 two had stopped participating in the investigation. Moreover, the entire project was suspended from January to June 2012 after a child was bitten by one of the study dogs [19], and the study was suspended a second time that year after the VA found that one of the participating hospitals had violated its contract and jeopardized the dogs’ health and safety [19]. After a comprehensive redesign of the entire study, a second iteration of it was launched at the end of 2014, with 220 pairs of veterans and service dogs participating in Atlanta, Iowa City, and Portland, Oregon [20].

All hope is not lost in the progress towards understanding the health impact of service dogs on veterans with PTSD. At the end of 2014, the preliminary results of a yearlong study of 75 such veterans conducted by Kaiser Permanente were disseminated to the public and communicated to lawmakers [21]. The Pairing Assistance-Dogs with Soldiers (PAWS) study revealed that service dogs can “significantly reduce symptoms of post-traumatic [stress]…and depression in veterans” [21]. Veterans paired with service dogs reported lower symptoms of PTSD, lower symptoms of depression-related functioning, better interpersonal relationships, less substance abuse, and fewer psychiatric symptoms than veterans without dogs [22].

With this welcome, albeit early, indication of service dogs’ health impact on veterans with PTSD, there is now a realistic possibility that the VA will consider changing its stance on the provision of financial resources to this population in need of more assistance. As the agency stated in its final rule determination, “if we ultimately determine that mental health dogs are appropriate treatment tools for mental health impairments, we will amend our regulations to authorize benefits for such dogs” [13]. For war veterans such as Lieutenant Tori Stitt, this type of support from the federal government—and recognition of the sacrifices they have made for the United States—cannot come soon enough. 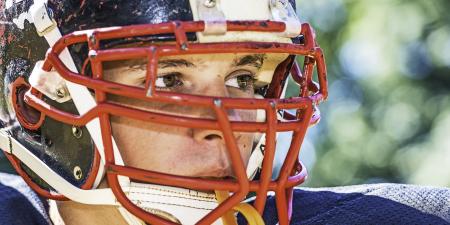 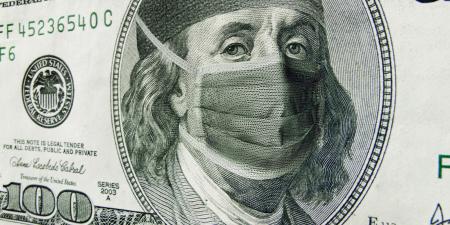 Access to Rehabilitative Care in the Affordable Care Act Era 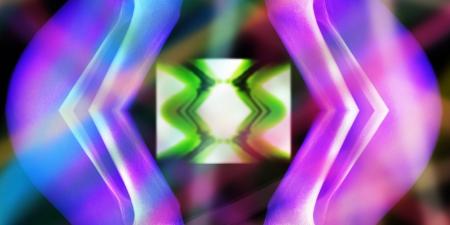