This case questions the comparative moral permissibility of 2 different uses of force—actions done against a patient’s will—in the course of that patient’s care: covert medication administration and use of physical or chemical restraint. The commentary considers what constitutes the most compassionate use of force for this patient and how it should be implemented.

CC is a nurse in a skilled nursing facility caring for BB, a patient with a history of aggression, paranoia, emotional dysregulation, and schizophrenia. BB typically refuses medication when hospitalized for acute exacerbations of illness and is unable to self-care.

During an interdisciplinary team meeting, CC stated: “This kind of deception is generally viewed by everyone on the team as ethically questionable, probably since it is a kind of force, but I’m the only one who’ll do it in order to avoid what’s worse. If I don’t, or if someone else doesn’t hide the haloperidol in BB’s food, BB gets an intramuscular (IM) injection, which is worse. When BB gets IM injections, administration of BB’s meds gets delayed. We have to wait for multiple security guards to arrive on the unit to help restrain BB. It’s loud, disruptive, distressing, and upsetting for everyone—BB, other patients, us—especially when it happens over and over again. If using force on this patient is going to be routine, we need to be executing it better. I mean, is there even a policy or a protocol about how we should be doing this? We need a plan that doesn’t involve me being the only one relegated to doing the ‘dirty work’ of deception to spare BB the repeated physical trauma.”

Members of the team wondered how to respond.

Management of BB’s symptoms in the setting of medication refusal presents a challenging question on the comparative moral permissibility of 2 ethically undesirable practices: covert medication and physical or chemical restraint (hereafter, restraint). Both can be understood as modes of force, or as actions used to overcome the will of the patient. This 3-part essay considers the most compassionate option for BB and how it can be implemented ethically. The first part reviews empirical research on covert medication and restraint in clinical practice and identifies principle-based ethical perspectives on the use of force. The second part balances the harms of both practices within a framework of compassion that draws on patient perspectives. The third part addresses the medical team’s roles, responsibilities, and moral distress through a discussion of when and how force can be applied ethically.

Some ethicists argue that covert medication is never acceptable,8,9 while others have considered its usage in specific situations—for instance, with patients who lack DMC.10,11,12 A key ethical concern is the undermining of patient autonomy through deception, which is associated with several potential harms. Deception prevents patients from gaining insight into their illness and might lead to further medication refusal and an ongoing deception loop, and, if discovered by the patient or public, deception might damage the therapeutic relationship and trust in the medical profession more broadly.13,14 Additional harms of covert medication include potential decreased drug efficacy and increased adverse effects from dose form modification of medications, which deceived patients might not be able to recognize or articulate.12,15

Restraint. Restraint is a form of coercion, or the intentional use of a credible and severe threat of harm to control another, which might involve physical holding or forced oral or intramuscular medication.16 In contrast to covert medication, restraint has been studied more rigorously. A systematic review of studies published between 1990 and 2010 estimates that 3.8% to 56% of patients admitted to psychiatric wards internationally experience some form of restraint.17 Efforts to reduce the use of coercive measures have been addressed in several professional guidelines internationally, and restraint is largely regarded by expert consensus as a last resort in the treatment of behavioral emergencies when patients pose an acute danger to themselves, medical staff, or other patients.18,19,20,21 Accordingly, less traumatic and restrictive alternatives are professionally preferred.22,23

After coercion, patients cited as long-term effects feelings of fear, helplessness, trauma, and loss of trust in people.

Restraint, like covert medication, violates patient autonomy. In weighing beneficence and nonmaleficence in the use of restraint, the primary benefit is the immediate protection of the patient in an emergency situation at the cost of a process that is both physically and psychologically injurious.24 Research evaluating the effectiveness of restraint relative to other coercive measures is limited by definitional heterogeneity, clinical practice variation, and ethical challenges in study design, and thus the benefits of restraint for patients remain unknown.25,26

A virtue-based approach to what constitutes compassionate use of force can complement principle ethics, in that compassion can be understood as a virtue that includes cognitive, affective, and motivational components that allow for an awareness of the suffering of others and a desire to relieve it.27,28 Although there is no consensus definition of suffering, some ethicists have described it as a state that extends beyond physical pain to include mental, emotional, and spiritual elements.29 In BB’s case, a review of the multidimensional harms experienced by patients affected by force can provide insight into what the most compassionate option for BB might look like, assuming that BB lacks DMC.

Patient perspectives on the harm caused by restraint have been well described. In a systematic review of 26 studies, Tingleff et al thematically analyzed the reported experiences of psychiatric patients before, during, and after restraint and found that patients held deeply negative perceptions of coercion at all stages.30 During coercion, themes of physical discomfort (ie, pain from injections or restraint) and the perception of being controlled, marked by feelings of mental abuse, humiliation, and disempowerment, featured prominently in patients’ narratives. After coercion, patients cited as long-term effects feelings of fear, helplessness, trauma, and loss of trust in people.30

If restraint is deemed the only acceptable option, it should be implemented with attention to the patients’ stated needs to minimize suffering. For instance, during coercion, patients have stated the need for clinicians to be present, respectful, and communicative.30 After coercion, patients have stated the need for debriefing with the medical team.30 Trauma-informed models to guide this type of communication exist and have been shown to reduce future episodes of restraint and promote the postrestraint recovery process.31,32,33

No studies known to this author have explicitly addressed patients’ experiences with covert medication, although literature exists on patient preferences concerning emergency psychiatric care and deception. Sheline and Nelson found that when patients with psychiatric illness were given a hypothetical choice of restraint or antipsychotic medication in an emergency, 64% of surveyed patients preferred medication.34 Based on patient responses from emergency services forums, Allen et al found that patients preferred oral medications and overwhelmingly rejected forced injections.35 Qualitative research exploring the attitudes of patients with Alzheimer’s to deceptive behaviors in dementia care (though not specifically covert medication) has shown that patient responses to hypothetical deception scenarios are complex and varied, with some patients feeling that deception is always unacceptable and others considering it to be permissible if it is in the patient’s best interests.36

A virtue-based perspective suggests that, given the significant physical and psychological suffering experienced and voiced by previously restrained patients, covert medication might be the more compassionate option, with the caveat that more research is needed on patient experiences of covert medication.

Evaluating the presence or absence of DMC is a critical prerequisite to considering covert medication.10,12 Verification of DMC should include an evaluation of whether or not BB can understand the situation, appreciate the consequences of the decision and potential alternatives, and communicate a rationale for their decision.38 If BB is deemed to have DMC and medication is still refused, then that wish should be honored by medical staff. If BB lacks DMC, weight could be given to BB’s prior wishes expressed in past conversations about medication preferences and the use of coercion and deception or in psychiatric advance directives, if available. Alternatively, if such information is lacking, surrogate decision makers can present decisions based on what they believe are in BB’s best interests.

If BB is found to lack DMC and covert medication is considered, all team members involved in BB’s care must be involved in this initial discussion.10,39 This interdisciplinary discussion should include family members, nurses who administer the medications, physicians, pharmacists (to ensure dose modifications would be safe and effective), and input from an ethics committee. Although BB’s legal guardian has authorized covert oral haloperidol, to address the medical staff’s moral distress, the team should re-review this decision to better understand the reasoning and justification for it.

As part of the interdisciplinary discussion, agreement should be reached on whether a favorable benefit-to harm-ratio exists—that is, whether the benefits of covertly administering medication significantly outweigh the harms of violating the principles of respect for patient autonomy and nonmaleficence. Potential benefits of covert medication for BB might include preventing acute decompensations that result in restraint and treating BB’s paranoia, aggression, and lack of self-care, which in and of itself may be a form of suffering and erode autonomy.39

Covert medication and restraint are 2 ethically problematic practices from a principle-based perspective that are rooted in deception and coercion, respectively. Through the lens of virtue ethics, covert medication could be considered the more compassionate mode of force, given patients’ descriptions of suffering from restraint. If involved team members decide that covert medication is indicated because of BB’s lack of DMC, previously expressed wishes, or a surrogate decision maker’s substituted judgment—and if there is a highly favorable harm-to-benefit ratio—this decision must be transparently discussed, documented, and reevaluated frequently with the entire care team.

Surgery in Shackles: What Are Surgeons’ Obligations to Incarcerated Patients in the Operating Room?

When Good Women Decide to Do Nothing 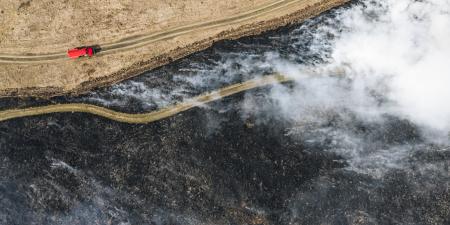 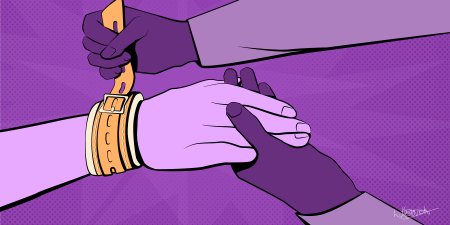 How Should Clinicians Execute Critical Force Interventions With Compassion, Not Just Harm Minimization, as a Clinical and Ethical Goal? 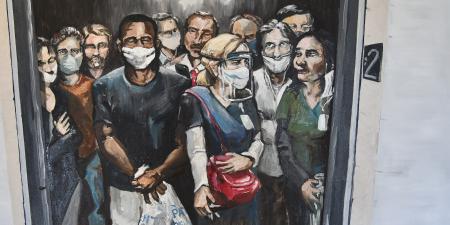